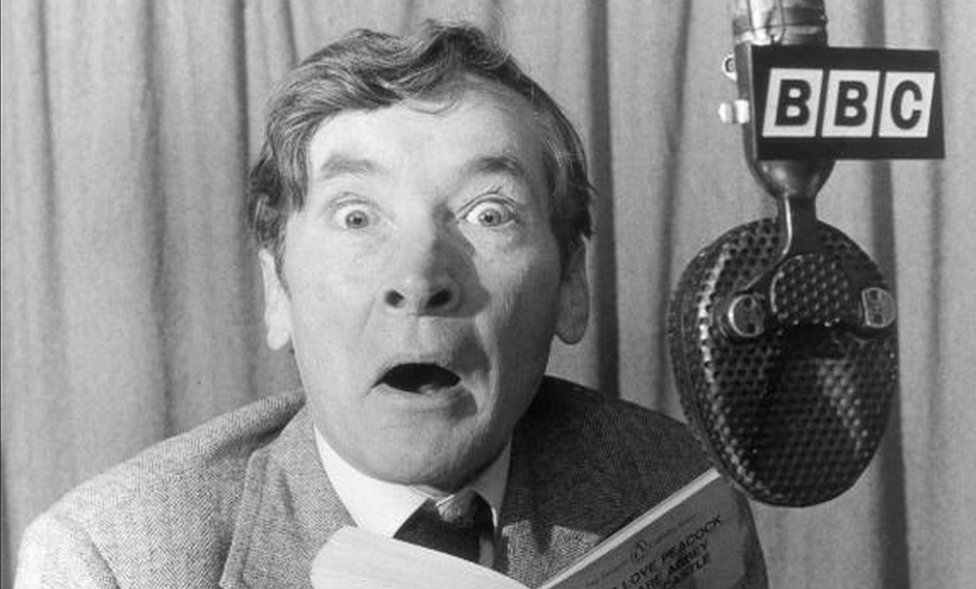 By Steven McIntoshEntertainment reporterPublishedduration2 hours agoimage copyrightAemen Sukkarimage captionAllen says comedy is a place where people can explore and celebrate their quirksAt the turn of the millennium, when comedian Tom Allen was a teenager, a celebrity coming out as gay regularly made headline news.The late Boyzone singer Stephen Gately was splashed across the front page…

At the turn of the millennium, when comedian Tom Allen was a teenager, a celebrity coming out as gay regularly made headline news.

The late Boyzone singer Stephen Gately was splashed across the front page of the Sun when he revealed he was gay in 1999. Ellen Degeneres made the front cover of Time. When Brian Dowling won the second series of Big Brother in 2001, the fact he was gay was notable and groundbreaking.

Society was in a period of transition at the time, with attitudes towards homosexuality becoming less hostile. And with them came changes in the law to improve gay rights. The age of sexual consent was equalised. Section 28, which prevented homosexuality being taught in schools, was repealed in 2003. Two years later, civil partnerships were introduced.

“Those were such seismic events 15 or 20 years ago,” says Allen, whose new memoir studies the shame he felt growing up gay. “I can remember those changes coming in and how positive they were.

“But we forget sometimes that that doesn’t flick a switch. If you grew up in a world that was full of shame and silence and being aware of nail bombings, as well as violence towards anybody who was different, then it’s wonderful that the law has changed because that’s an essential part of the journey, but it doesn’t mean that it goes away from our minds.”

Occasionally, a story involving homosexuality still has the power to make the news headlines today, but only when it’s something really out of the ordinary. Think Strictly’s first ever same-sex couple or Phillip Schofield coming out after 27 years of marriage.

Meanwhile, progress continues to be made on gay rights. Equal marriage was introduced in the UK in 2014, and earlier this year Prime Minister Boris Johnson announced plans to outlaw gay conversion therapy were being brought forward.

But Allen notes it is “still tricky” for gay people to come out. The issue of queer identity is “an ongoing journey that we’re still on”, he says, adding: “I think the idea of shame still pervades.”

He acknowledges that society has come on leaps and bounds in his lifetime, and is used to hearing the argument that, by continuing to draw attention to his sexuality, he is the one fuelling the division. “There is a sense of ‘the more you go on about it, the more different you seem’. But it’s just part of who I am,” he says. “I think we are striving towards a world where people don’t have to explain themselves. But as long as society makes a thing of it, it’s worth acknowledging.”

Added to which, young gay people still feel inhibited in lots of ways. Allen points out school isn’t a place where being different is celebrated, and was somewhere he felt at a disadvantage to straight pupils. “They had those learning curves, their first crushes, they were able to talk about them and experience them widely but I wasn’t,” he says. “And I think that was the case for a lot of people who didn’t fulfil the straight mould, the boxes set out for them.”

Allen’s memoir is being released as his career is on an upward trajectory. He has gradually become one of the UK’s most popular comedians, and is a particular staple of spin-off shows such as The Apprentice: You’re Fired and Bake Off: An Extra Slice.

But it’s taken hard graft to get here. The 37-year-old started doing stand-up when his friends encouraged him to take part in an open mic night. After a bit of initial trial and error, Allen gradually started working his way up through the clubs, eventually reaching the London Palladium for a sold-out gig in 2018.

The feeling of acceptance from the public is one reason Allen has been able to overcome the shame he felt in his childhood. And not just about being gay – several of his personality traits were the subject of ridicule, such as his dress sense, music taste and posh accent. Comedy was an arena which allowed him to feel more comfortable.

“It’s about celebrating one’s quirks and for me, watching other stand-ups has done that,” he explains. “Someone like Alan Carr is such a brilliant and inspiring person. And I think because he’s so loveable and so funny, he often isn’t credited as such a trailblazer, because he really did talk about everything. He talks about his glasses and how he doesn’t have perfect teeth, and he put it up on the stage for all to see and we all celebrated it, and didn’t laugh at him but laughed with him.”

Allen, in turn, now embraces the person he is. The opening line of his autobiography is: “My name is Tom Allen and I have always been 46 years old.” His tales of wearing bowler hats and throwing dinner parties as a teenager help emphasise the point.

As a child, he would watch comedians of yesteryear with whom he felt a certain affinity. Allen cites Kenneth Williams, Frankie Howerd, Stanley Baxter and Larry Grayson as particular influences. “People who were very much seen as having camp vernacular,” as he puts it.

The act of being camp is hard to define, although Susan Sontag had a good go with her 1964 essay Notes on Camp. She describes the essence of camp as the love of “artifice and exaggeration” and explores the theatrical and flamboyant nature of it. “Camp is esoteric – something of a private code, a badge of identity even.”

The camp exuberance of the comedians Allen watched as a child had the added benefit of making him feel less alone.

“I loved Kenneth Williams when I was four years old. I wasn’t gay when I was four, although I knew I was different. But I loved something about him, the fact he was able to be morose, bitter, angry, haughty and snobby whilst also being funny and silly and ridiculous. Looking back, it was a way of making me feel the same. ‘We have a similar perspective on the world and it’s OK, I’m here with you.'”

Indeed, you can see the influence of Williams and other comedians of his ilk on Allen’s own comedy style. Alan Carr, Graham Norton and Paul O’Grady are among the other entertainers today with a similarly camp vernacular. But in decades gone by, such a style was a crucial way for gay people to communicate.

“It was very clever because it’s so subversive,” says Allen. “[Radio 4 comedy series] Round The Horne allowed people to talk in a codified way, that a lot of straight people didn’t understand. They still laughed and laughed, of course.

“That programme went out on Radio 4 on Sunday afternoons in the 1960s, and it wasn’t legal to be gay at that point, and yet here they were talking in gay slang. And I do listen back now I know what it means, and often it’s outrageous how rude it is.

“And yet people were having their Sunday lunch and listening to it. If they’d said those things openly they wouldn’t have been allowed, it’s brilliantly subversive… and it spoke in a silent way as a message to other [gay people]. The whole team at Round The Horne perhaps aren’t acknowledged for how brave that was.”

No Shame by Tom Allen is released on Thursday.