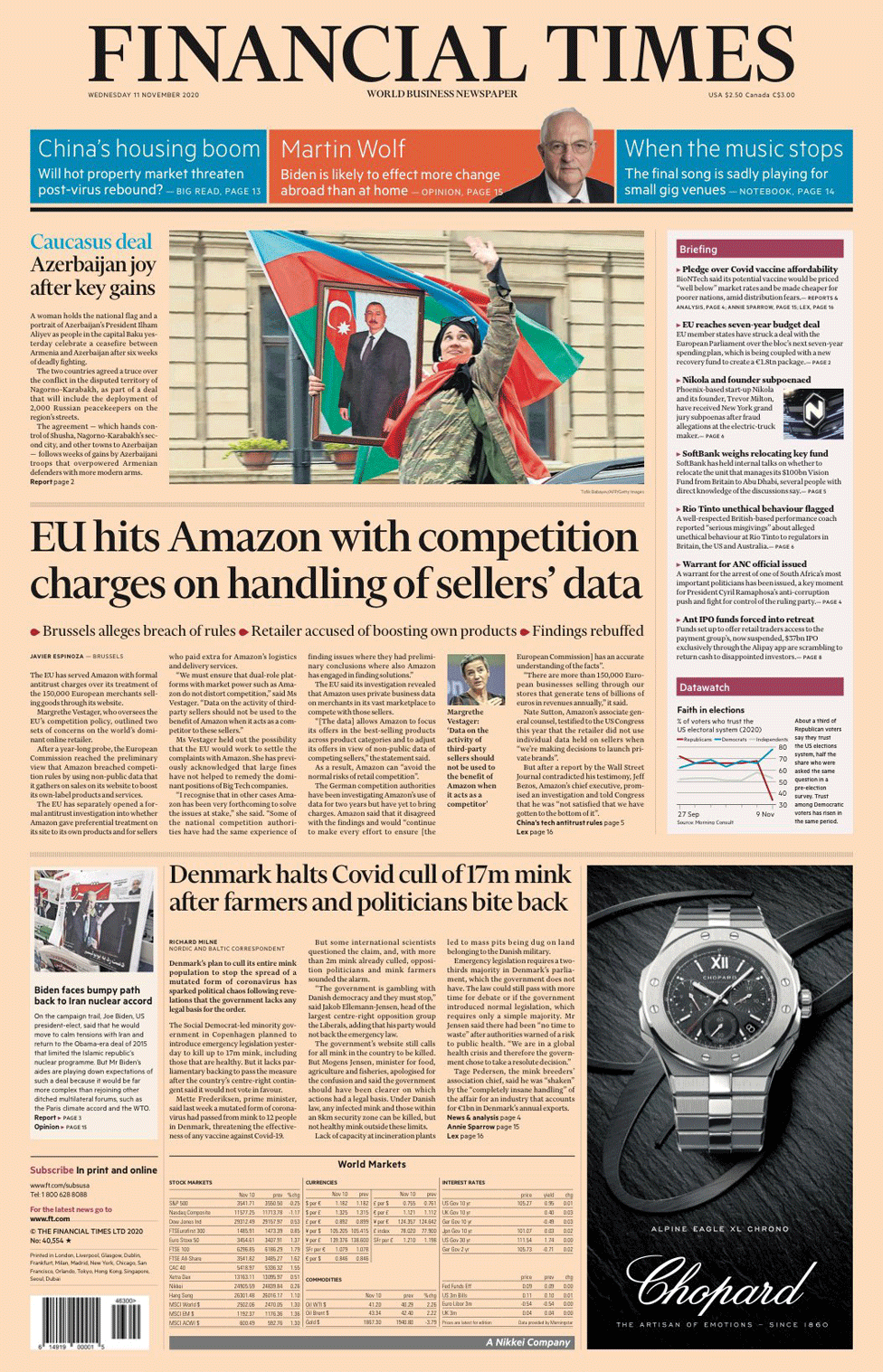 By BBC NewsStaffPublishedduration1 hour agoimage captionWednesday’s front pages focus on the health service’s plans to deliver a coronavirus vaccination to the nation. The Times claims a million people a week could be vaccinated as the NHS looks to ensure “a jab is administered as quickly as it is manufactured”.image caption”Don’t screw it up” is the…

Most of the papers lead with the UK’s vaccination plans – and they are in little doubt about the daunting scale of the task.

“Colossal” says the Daily Express, while the Times points out a million people will receive the jab every week.

The Guardian’s lead explores the knock-on impact on GP surgeries as doctors and nurses become immersed in giving out the jab at sports halls, conference centres and open air venues. It says family doctor services will be cut back well into 2021 because of the drive.

The Royal College of GPs is quoted in the Daily Telegraph calling for their members to receive clarity on what work they should stop doing.

The Daily Mail has carried out polling on the vaccine – suggesting three quarters of Britons will be happy to receive it, including 90% of elderly people. But four out of 10 call for the prime minister and fellow politicians to receive the jabs first, to show they’re safe. The i newspaper says teachers want to be included on the list of those who are top of the list to be inoculated.

The vaccine’s success has led to a surge in holiday inquiries, according to the Times. Two travel firms tell the paper that interest has risen by more than 70% week-on-week – with many people making bookings for the spring of next year.

According to the Daily Mirror’s lead, it is feared that criminals are working in children’s homes to recruit kids as drug runners.

The paper focuses on one home in Lancashire where whistleblowers warned that drugs were repeatedly found – as well as mobiles and bags used for dealing.

It says others reported smelling cannabis on the premises as well as in staff cars, and described how dealers would phone the house to speak to the boys living there.

The Daily Telegraph believes that Boris Johnson pulled off a “major diplomatic coup” by speaking to Joe Biden before EU leaders.

The Express thinks this will boost hopes of a US trade deal, although the Financial Times cautions the diplomatic niceties were accompanied with a firm message on Brexit and the importance of preserving peace in Northern Ireland.

The Times believes the priority awarded to London will be regarded as an achievement for Dame Karen Pierce – Britain’s ambassador to Washington – who has been building relations with the Biden team.

But the paper says Downing Street was left embarrassed after a close analysis of its tweet congratulating Mr Biden on his electoral success revealed it had been superimposed on a message welcoming Donald Trump’s win.

Chris York, writing in HuffPostUK, blames “incompetence” and “ineptitude” in Whitehall. A government spokesperson admitted there had been a “technical error”.

And “Jurassic Clark” is how the i newspaper describes Greg Clarke, who resigned as Football Association chairman after using a racially offensive term and making inappropriate remarks in evidence to MPs.

The Mail describes the “catalogue of gaffes” as a “car crash”. The Sun’s chief sports writer, Dave Kidd, says no-one is suggesting he’s a racist – but the organisation clearly needs to be led by someone who isn’t a “bumbling duffer capable of stumbling into casual racism”.