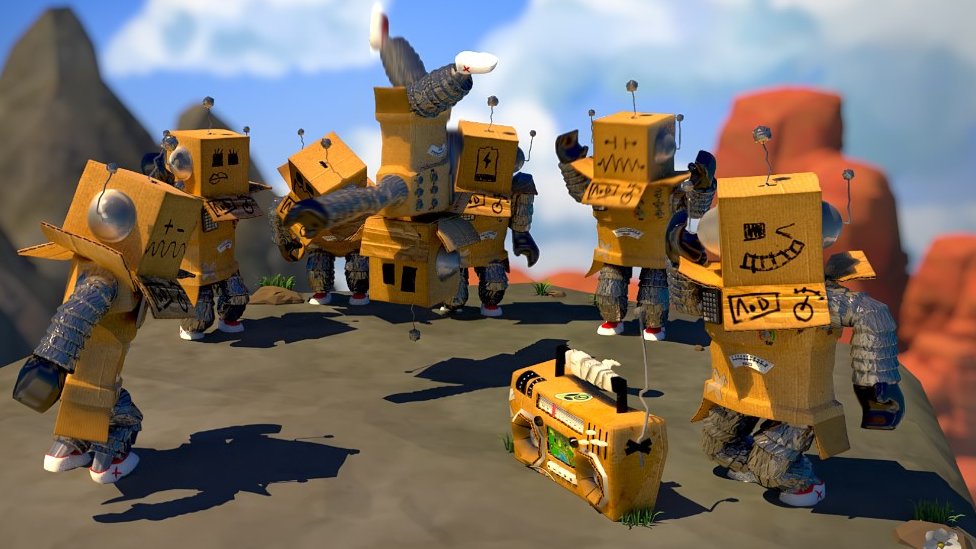 By Jane WakefieldTechnology reporter Publishedduration43 minutes agoimage copyrightRobloximage captionRoblox is a multiplayer platform where players can create their own games and join in with othersFans of the hugely popular Roblox game may soon notice that a familiar noise has fallen silent in the game.The “oof” sound that famously accompanies the death of characters will temporarily…

Fans of the hugely popular Roblox game may soon notice that a familiar noise has fallen silent in the game.

The “oof” sound that famously accompanies the death of characters will temporarily be removed, following a copyright dispute.

The developer who originally created the sound for a game released 20 years ago, will get compensation.

Tommy Tallarico is now chief executive of gaming firm Intellivision Entertainment, but has 30 years experience in the industry as a music and sound producer.

When the similarity between the Roblox “oof” and the sound he made for action-adventure game Messiah was brought to his attention last year, he contacted the firm.

Under the settlement, he will also create a sound effect kit for Roblox which developers can use, with prices ranging from $10 to $250.

The financial details of the copyright case have not been shared.

He told the BBC: “It’s amazing to think that such a small sound I did over 20 years ago for a different video game ended up being one of the most iconic pop culture audio clips of the 21st century.

“I would hear kids saying it on playgrounds and didn’t even realize that they were repeating something I had created over two decades ago.

“It was great that we were able to come to a resolution with Roblox and they were very accommodating of the situation. It’s kind of funny to think that out of all the things I’ve done over my 32 years in the video game industry… that for a new generation of video game players, I’m now just known as the Oof guy.”

Roblox is an open world game-creation system with around 100 million users, and is especially popular with children.

It is free to download but relies on in-app purchases, with in-game currency known as Robux.

The firm told VentureBeat that it would replace the default sound effect on the game with a new audio track and later allow people to choose “community created sounds”.