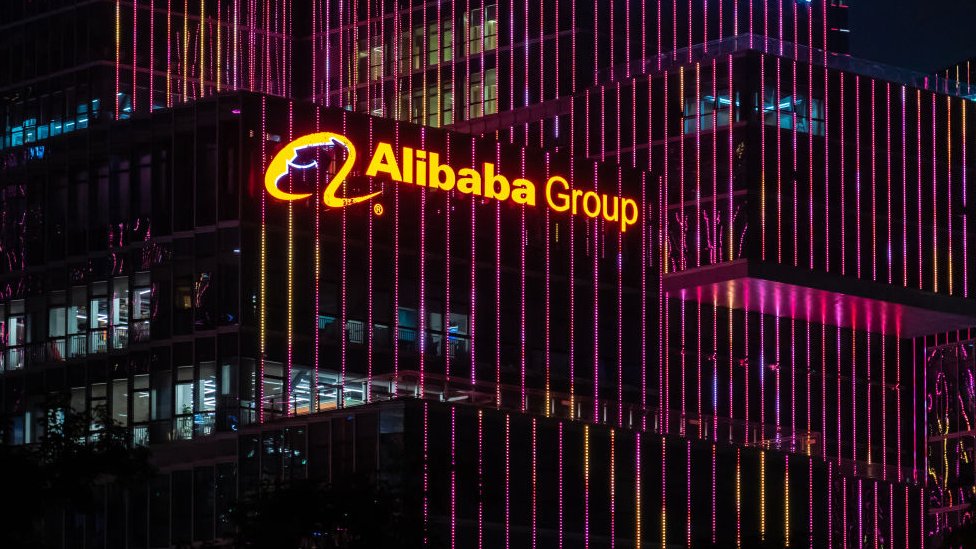 Publishedduration5 hours agoimage copyrightGetty ImagesChina has proposed new regulations aimed at curbing the power of its biggest internet companies. The regulations suggest increasing unease in Beijing with the growing influence of digital platforms. The new rules could affect homegrown tech giants like Alibaba, Ant Group and Tencent, as well as food delivery platform Meituan. The…

China has proposed new regulations aimed at curbing the power of its biggest internet companies.

The regulations suggest increasing unease in Beijing with the growing influence of digital platforms.

The move comes as the EU and the US are also seeking to curb the power of internet giants.

Chinese tech shares were sharply lower after the proposed regulations were released on Tuesday.

The news came as JD.com and Alibaba were gearing up for Singles Day, the annual online sale which is their biggest day of the year.

The sell-off continued on Wednesday, with Alibaba, JD.com, Tencent, Xiaomi and Meituan all heading lower, shedding more than $200bn (£150bn) from their combined value.

What do the rules do?

The 22-page draft by the State Administration for Market Regulation (SAMR) will for the first attempt to define anti-competitive behaviour for the tech sector.

The new rules will attempt to stop companies from sharing sensitive consumer data, teaming up to squeeze out smaller rivals and selling at a loss to eliminate competitors.

They would also clamp down on platforms forcing businesses into exclusive arrangements, something which Alibaba has been accused of by merchants and competitors.

The regulations will also take aim at companies that treat customers differently based on their data and spending habits.

The SAMR is seeking reviews and feedback from the public on the antitrust guidelines until the end of the month.

How dominant are these companies?

Alibaba and JD.com dominate the online retail market in China, together accounting for roughly three-quarters of Chinese ecommerce.

As of September, Alibaba boasted 881m mobile monthly active users – more than half of China’s population.

Beijing has separately raised concerns about Alibaba’s affiliate company Ant Group, which pulled its stock market launch last week after regulators raised concerns over the increasing power of online lenders and how they might affect the broader financial system.

The share market offering was supposed to be the world’s largest.

Ant has around 1.3bn users, mostly in China, where it runs Alipay, the country’s dominant digital payment system.

Tencent, which has a competing payment system and is also the world’s largest gaming company, could also come in for scrutiny.

If the Chinese authorities have concerns about the explosive growth of some internet platforms, they aren’t alone.

The European Union has announced antitrust charges against Amazon, which it accuses of abusing its market power in Germany and France.

Meanwhile, US authorities are taking action against Google’s dominance as an internet search engine.

The US Department of Justice has described the tech giant as a “monopoly gatekeeper of the internet”.

It’s the biggest antitrust suit in the US since a case against Microsoft in the late 1990s.