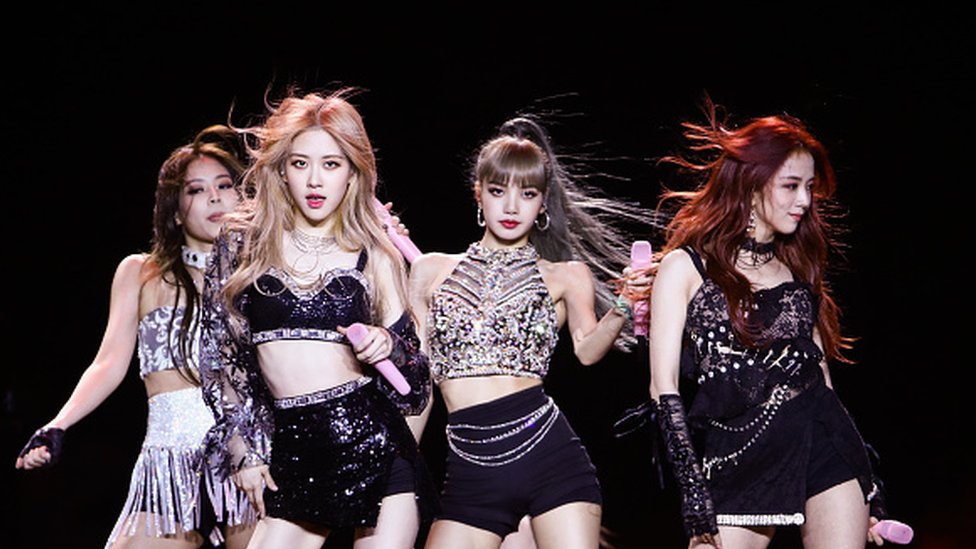 Publishedduration8 hours agoimage copyrightGetty Imagesimage captionMembers of Blackpink have been accused of putting the baby panda at risk of harmA popular K-pop girl band has stirred controversy in China after its members were accused of mishandling a baby panda on their reality TV show.The stars of Blackpink were filmed this month cuddling three-month-old cub Fu…

A popular K-pop girl band has stirred controversy in China after its members were accused of mishandling a baby panda on their reality TV show.

The stars of Blackpink were filmed this month cuddling three-month-old cub Fu Bao at a South Korean zoo.

The clip appears innocent enough, but the scenes have provoked fury in China, where the treatment of pandas overseas can be a sensitive issue.

As anger grew, the band’s label said the video had been taken down.

Pandas are an emblem of national pride to many in China, the only country where the animals live outside captivity. China loans the animals to countries worldwide as a way of strengthening diplomatic ties.

This is where Fu Bao comes in. He was born in July to two giant pandas who arrived in South Korea from Sichuan province in 2016 as part of China’s “panda diplomacy”.

But Chinese wildlife groups say there are strict rules and regulations around the treatment of pandas, which are classed as a vulnerable species by the World Wide Fund for Nature (WWF). Only trained professionals are allowed to handle them, they say.

So, when Blackpink released their panda video on YouTube earlier this month, the four-piece band made headlines in China for all the wrong reasons.

Chinese media and online commentators accused Blackpink’s members of putting the panda at risk of harm.

The China Daily newspaper said there was “a risk of transmitting zoonotic infections as some of the members own pet dogs and cats”.

Others said the girls wore too much make-up and touched the panda’s mother without wearing masks and gloves.

“China’s national treasures are in South Korea, yet Koreans are not abiding by the rules in handling them. Why are Blackpink privileged?,” one user fumed.

Someone else called on Chinese authorities to “bring our national treasures back”, while another urged the band members to “apologise publicly”.

“I don’t understand the lack of common sense at this Korean zoo,” one wrote.

The controversy intensified when a Chinese wildlife group got involved.

The China Wildlife Conservation Association (CWCA) said it wrote a letter of complaint to the Everland Resort in South Korea. In it, the group urged the zoo to “immediately stop” anyone apart from keepers or vets from touching the panda.

Has the band responded?

The band are yet to speak publicly, but their music label, YG Entertainment, has addressed the panda furore in a statement.

It defended the band’s panda meeting, arguing that “all members wore hygiene gloves, masks and protective clothing” at all times.

However, it acknowledged the anger, adding that “in respect of international co-operation practices and recommendations from panda experts who say that non-professionals having close contact with the baby panda can cause misunderstandings, we decided to withhold the release of the related video”.

Blackpink are not the first South Korean band to come under fire in China.

Last month, South Korean boyband BTS were heavily criticised in China after one member made remarks about the Korean War. Some BTS-related products were removed from Chinese websites.