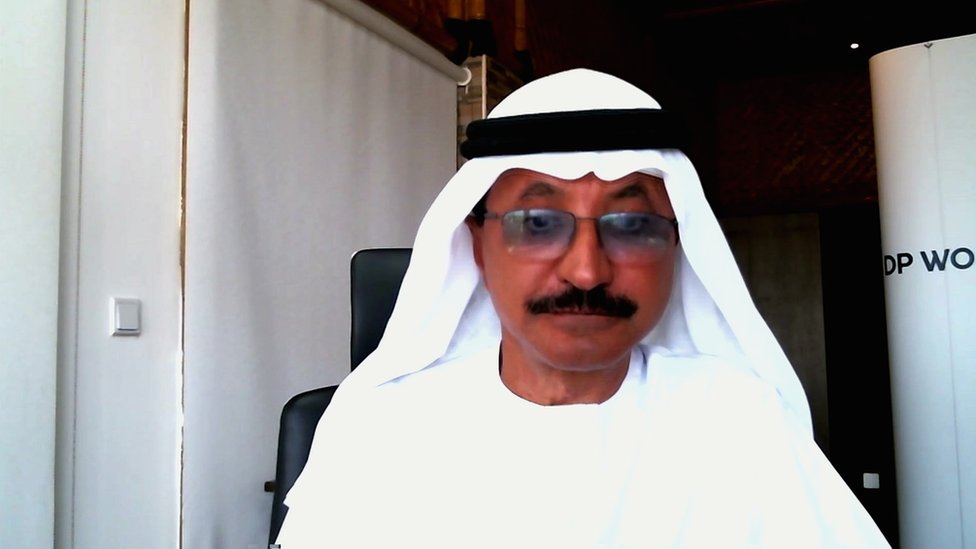 By Jonathan JosephsBusiness reporter, BBC NewsPublishedduration18 hours agoIsrael’s peace deals with the UAE and Bahrain are “going to be big” for business and trade in the region, one of the most influential businessmen in the Middle East has told the BBC.Sultan Ahmed bin Sulayem, the chairman and CEO of Dubai-based DP World, says they will…

Israel’s peace deals with the UAE and Bahrain are “going to be big” for business and trade in the region, one of the most influential businessmen in the Middle East has told the BBC.

Sultan Ahmed bin Sulayem, the chairman and CEO of Dubai-based DP World, says they will remove barriers to business links previously “not allowed”, by shortening trade routes and making it easier to deal with Europe.

Many exports are likely to be technology based, including cyber-security, as well as the latest innovations in medicine and agriculture.

Trade is also likely to grow to include more physical goods with many Asian exports flowing through Dubai.

This week, the MSC Paris became one of the first cargo ships to make the voyage between the two countries, and Israel’s parliament formally approved the treaty with the United Arab Emirates.

DP World is the world’s biggest ports operator and is working with Israel’s DoverTower to expand its presence in the country. Israel is looking to upgrade port facilities at Ashdod and Haifa that are crucial to its economy.

It is this ambition to broaden its presence that Mr bin Sulayem says has helped his company outperform the rest of the cargo industry during the Covid-19 pandemic.

Before the pandemic, DP World handled 10% of all the shipping containers that are used to move everything from electronics to clothes and car parts around the world. The number of those containers is set to fall this year with the IMF predicting that the global economy will shrink 4.4%.

“It’s been very tough for everybody,” says Mr bin Sulayem.

“All the shipping companies, port operators, logistics operators were shocked because of the lockdown and many of the procedures they [now] have to do.”

In the first six months of 2020, DP World handled 33.9m TEU (twenty-foot equivalent units). That is a 3.9% fall in the number of shipping containers compared with the same time in 2019, with the biggest fall in the Americas and Australia.

But that is better than the 5.6% global fall estimated by the maritime research firm Drewry.

“Trade has been pretty resilient”, says the firm’s container research expert Simon Heaney, who says the lifting of restrictions means it is likely for the year as a whole that global trade will only be down 3.3% – with North America and Europe leading the recovery.

Mr bin Sulayem says his company’s relatively strong performance has been because “we have locations throughout the world so we don’t get affected in one place”.

He explains: “We are not just affected by one part of the world, we are actually almost spread evenly around the world between the Far East and Europe to Latin America, Australia and Africa. We believe that by the end of the year we’ll be affected by less than 6%.”

The pandemic has accelerated the rollout of new technology across the company which he says has led to more automation and “better productivity”.

Another big task for the ports giant has been trying to stop Covid-19 outbreaks at its 127 operations around the world. There have been several outbreaks on cargo vessels and Mr bin Sulayem says it is a real challenge for the industry.

Most countries have imposed strict limitations around crew changes, making it hard for those who work on cargo ships to come ashore and interact with port staff.

Physical distancing and a strict cleaning regime have been at the heart of DP World’s operations says Mr bin Sulayem: “We basically segregate. We are not allowed to mix with them, we clean, we disinfect anything that we touch.”

DP World, he says, is careful to “really adhere” to the rules in each of the countries it operates in and that the priority is protecting its more than 56,000 workers.