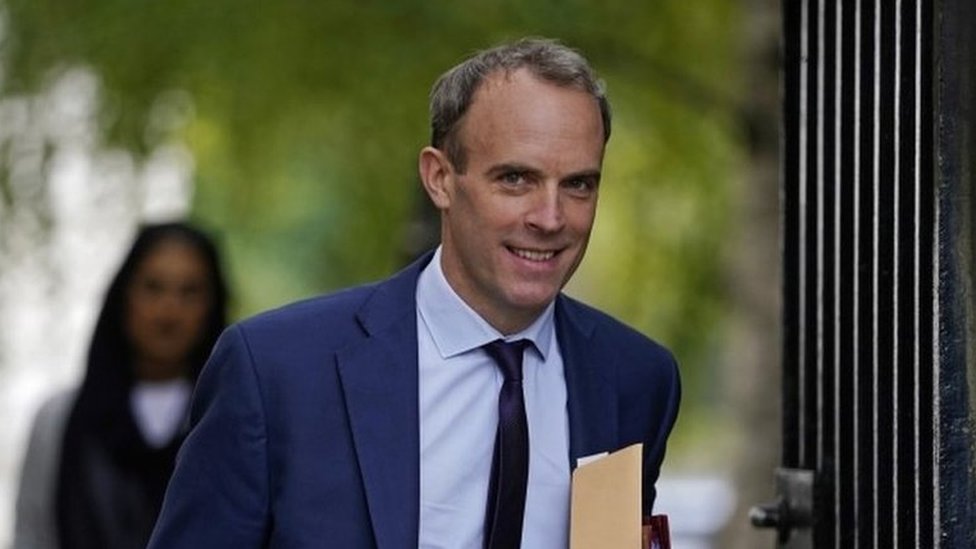 Publishedduration1 hour agomedia caption”A few words on Brexit” – EU leaders’ views from the summitA post-Brexit trade deal can be done but European leaders need to show more flexibility, foreign secretary Dominic Raab has said.The UK had set a deadline of Thursday to decide whether it was worth continuing talks.Both sides have indicated they want…

The UK had set a deadline of Thursday to decide whether it was worth continuing talks.

Both sides have indicated they want to carry on but the EU has said it is up to the UK to make the next move.

Mr Raab said he was “disappointed” by the EU’s attitude and the PM would give an update on his position later.

“There’s a deal to be done, but there needs to be flexibility on both sides, energy and goodwill and political will on both sides, and the prime minister will say more (today),” the foreign secretary told BBC Radio 4’s Today programme.

He said the issues yet to be resolved were “narrow”, relating to fisheries and competition.

He added: “I’m surprised and disappointed by the lack of flexibility and will that… seems to have come out of the European Council.”

EU chief negotiator Michel Barnier said fresh “intensive” talks should aim to reach a deal around the end of October. But his UK counterpart said he was “disappointed” by the EU’s approach.

Lord David Frost tweeted the EU was expecting “all future moves” for a deal to come from the UK, which he called an “unusual approach to conducting a negotiation”.

Both sides are calling on each other to compromise on key issues, including fishing and limits on government subsidies to businesses.

They are seeking an agreement to govern their trading relationship once the UK’s post-Brexit transition period ends in December.

Following the talks on Thursday, German Chancellor Angela Merkel said “in some places there was movement, in other places there is still a lot of work to do.”

European Council President Charles Michel said the EU would decide whether talks should continue in the coming days, based on the UK’s next move.

Earlier, in a conclusions document issued during the summit, the EU said progress in key areas was currently “not sufficient” to reach a deal and asked Mr Barnier to “continue negotiations in the coming weeks”.

Over the summer, both the UK and EU seemed to agree the end of October was the final date to get a deal done – allowing enough time for it to be ratified before 31 December.

But on 7 September, Boris Johnson decided to shorten the deadline.

He said if a deal wasn’t reached by 15 October, “then I do not see that there will be a free trade agreement between us, and we should both accept that and move on”.

Thursday was that day – but Downing Street appears to have moved back from it as a hard deadline.

Formal negotiations ended at the start of October, but Mr Johnson and Mrs von der Leyen pledged to “intensify talks” over the coming weeks.

What if there’s no deal?

By remaining in the bloc’s single market and customs union, the UK has continued to follow EU trading rules during its post-Brexit transition period.

This 11-month period is due to end in December, and the UK has ruled out seeking an extension.

Formal talks began in March and continued throughout the pandemic, initially via video link before in-person discussions resumed over the summer.

If a deal is not done, the UK will trade with the EU according to the default rules set by the World Trade Organization.