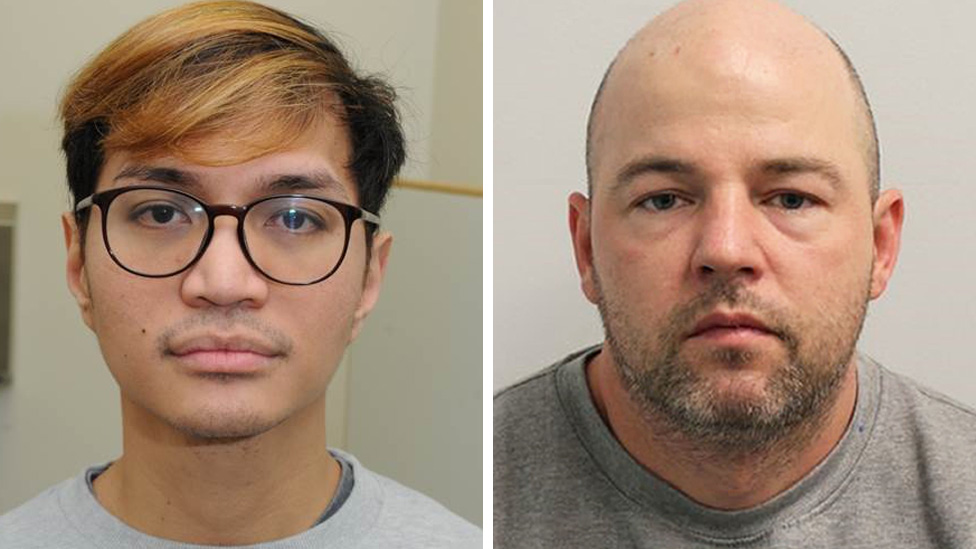 Publishedduration1 hour agoimage captionReynhard Sinaga (left) and Joseph McCann were both given minimum terms of 30 yearsThe crimes committed by two serial rapists were so “exceptionally serious” they should never be released, the Court of Appeal has been told.Joseph McCann, 35, was jailed last year at the Old Bailey for 37 offences involving 11 women…

The crimes committed by two serial rapists were so “exceptionally serious” they should never be released, the Court of Appeal has been told.

Joseph McCann, 35, was jailed last year at the Old Bailey for 37 offences involving 11 women and children.

Reynhard Sinaga, 37, was sentenced at Manchester Crown Court in January for 159 offences against 48 men.

The Attorney General’s Office says their life sentences with minimum terms of 30 years were “unduly lenient”.

It appealed against the cases on the basis the men should have instead received whole life orders.

Such a sentence – meaning life imprisonment with no minimum term – is usually reserved for certain types of murders, such as child abductions or acts of terrorism. It has never been imposed in a non-homicide case.

McCann carried out a string of attacks in London and north-west England, which started in Watford in April 2019.

The convicted burglar had been released from prison following a probation error in February of that year before he embarked on his spree. His victims were aged between 11 and 71 and included three women who were abducted off the street at knifepoint.

Sinaga was found guilty of luring 48 men from outside Manchester nightclubs to his flat, where he drugged and assaulted them – filming the attacks. His offences included 136 rapes.

He said McCann’s offences were “among the most serious sexual offences ever seen in our courts” and were “outside the scale of sexual offending normally seen”.

Referring to Sinaga, he said “there has never been a case like it” and that the rapist was the “most prolific” sexual offender ever seen in the British legal system.

She asked the judges to consider whether the “prolific and grave” offending seen in the two cases had reached the highest threshold of their sentencing powers.

Lawyers for McCann and Sinaga opposed the imposition of whole life orders, saying that despite the “extremely serious” nature of the crimes, the men could not be considered “on an equal footing with the very worst cases of murder”.

The five Court of Appeal judges – including the Lord Chief Justice Lord Burnett and the president of the Queen’s Bench Division, Dame Victoria Sharp – are expected to give their decision at a later date.

A teenager who was 17 when she and her mother and brother became victims of McCann told the BBC: “I want to live a normal life, however that will never happen – nothing will ever take away the awful nightmares and flash backs I have and the fear I have living everyday.

“He needs to stay in prison forever, till the day he dies, for everyone’s safety.”

Another of McCann’s victims, a grandmother, in her 70s said: “I was happy with the sentence passed… but acknowledge that I probably have a different perspective than the other much younger victims.

“If it is felt that a whole life tariff is appropriate for crimes such as McCann’s then it is right that this should be tested in a court of law .”