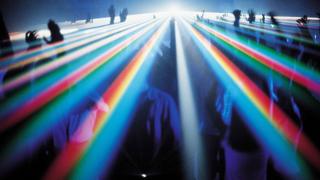 Image copyright Getty Images It’s been seven months since night clubs in the UK turned off the music, shut down the lights and closed their doors.Some got around this by operating as bars with table service when lockdown restrictions eased, but it still meant having a much smaller capacity.The night-time economy was the fifth biggest…

It’s been seven months since night clubs in the UK turned off the music, shut down the lights and closed their doors.

Some got around this by operating as bars with table service when lockdown restrictions eased, but it still meant having a much smaller capacity.

The night-time economy was the fifth biggest industry in the UK in 2019, accounting for 8% of employment and producing revenues of £66bn.

Many in the industry are concerned that without proper help from the government, it’ll never get back to those levels again.

“The last six months have been tough – I never thought that I suffered with anxiety until lockdown.”

Sam is a resident DJ for Defected Records, a record label and events company which has cancelled 200 shows globally this year.

“If there’s no music and creativity stops, it’s going to lead to a lot of depression and mental health problems – we want to be out there releasing ourselves.”

‘This industry provides so much to people’

Eats Everything agrees – he’s a world-renowned DJ and producer who says saving his job isn’t really his main concern – it’s the people who go to clubs or work in them he’s worried about.

“It’s about the punters who come in every week, who need the time for some release – they’re getting absolutely zero,” he tells Newsbeat.

“There’s no end in sight – it’s the not knowing when nightclubs are going to be open and being shifted to the back of the pile.

“This industry provides so much to people – to a raver, or a fan of a band who goes to a festival. Being left in the dark is a real problem.”

The government says it has offered help to the industry – in July it announced a £1.57bn package to help the arts, which included music venues – but not nightclubs.

Some working in the industry have been able to claim money as part of the government’s furlough scheme, which ends at the end of October.

It’s being replaced with the Job Support Scheme – a top-up programme for companies.

The scheme doesn’t cover people who are still unable to work – like those in clubs and dance event spaces – meaning they will be left without an income.

He’s the head of the Night Time Industries Association and points out that the financial impact goes beyond just clubs themselves, but into other associated businesses too.

“There’s no long-term solution – it’s only been papering over the cracks,” says Radio 1 presenter and record label owner Danny Howard.

“We need a roadmap from the government – we need a date to work towards because right now everyone [in the industry] is panicking, they’re stressed and filled with worry.”

‘Illegal raves are not safe’

Danny says if the government came up with a plan, like a date for trialling nightclubs opening again or an insight into whether festivals and events can run next year, it would allow those working in the industry to start putting plans in place.

“I don’t know how I can play seven a-side football with mates every week, sweating and breathing heavily over each other but we can’t go into nightclubs,” he says.

“Social distancing and stricter measures can be put in place – I just feel we’re being completely excluded from any future plans the government is making.”

Eats Everything says it’s important this happens from a safety perspective too, after the rise in illegal raves during lockdown.

“People are partying in houses, we’re seeing more stories of drug-related deaths in young people and it’s because there’s no safety or security – illegal raves are not safe or secure,” he says.

Sam Divine agrees – she’s playing a socially distanced party in a few weeks and wants the government to see that they are a viable option.

“I’m playing at the first club in London to take your temperature before you go in,” she says.

“They will make you walk through a tunnel and get sprayed with sanitiser and people will do it for peace of mind, they just want to go out.”

And not going out is also having an unexpected effect on dance music itself according to Danny.

“One thing I’ve noticed during lockdown as a broadcaster and record label head is without nightclubs we are not seeing the journey of a record.

“Songs are forgotten because they are not heard at a festival or a club and we no longer have those moments where you remember a tune coming on – we haven’t got these moments to put context around the music that we’re loving.

“And if labels can’t sell records, they’re at risk of collapsing too – events, night life and night clubs are the beating heart of our entire industry.”