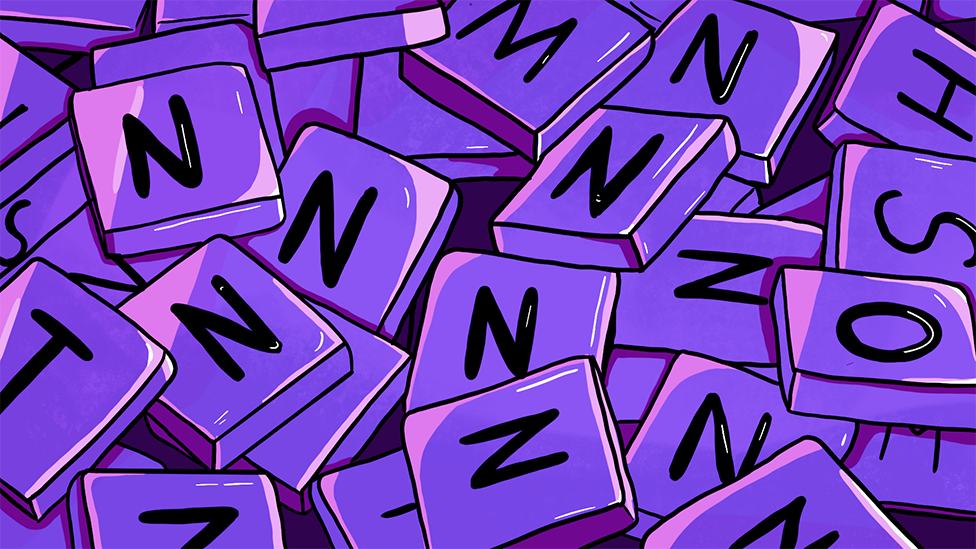 By Cherry WilsonBBC News OnlinePublishedduration3 hours ago”It’s the filthiest, dirtiest, nastiest word in the English language.”That was the view of prosecutor Christopher Darden when the issue of saying the N-word came up in the 1995 murder trial of US football star OJ Simpson.And it’s a view that many people still share today.The BBC received more…

“It’s the filthiest, dirtiest, nastiest word in the English language.”

That was the view of prosecutor Christopher Darden when the issue of saying the N-word came up in the 1995 murder trial of US football star OJ Simpson.

And it’s a view that many people still share today.

The BBC received more than 18,600 complaints for using the word in full in a report about a racially aggravated attack in July.

It initially defended the decision but the then-director general Tony Hall later issued an apology, saying it was a “mistake”.

This led to the BBC issuing staff with new guidance on the use of racist language in its output – which was published on Wednesday.

It now says there must be “exceptional editorial reasons to use the strongest racist terms” – and this must be personally approved by the corporation’s divisional directors.

When I hear the word I shudder. I think of my dad hearing the words, “Get the [N-word]!” while being chased through the streets of Liverpool by racist football fans as he went to watch Man City.

The word can be traced back in history to slavery.

It was in the summer of 1619 when a ship arrived in a port in Virginia carrying around 20 Africans who were chained up to be sold as slaves.

It was the first documented arrival of slaves in the US, and the Africans were referred to using the Spanish and Portuguese words for black – which is where the word comes from.

“They were more like an animal than a human being, a beast of burden, could be bought and sold, could be thrown overboard ships and literally had no rights.

“So when the N-word is used that’s essentially what it’s used for. So I would hope most people would understand why that is deeply offensive and problematic because it still is used in that context now.”

You only have to watch films like 12 Years a Slave to see how the word was used to make black people feel inferior and unworthy.

Historically in the UK, you’ll find references to it being used as an “affectionate” name – but it still had negative connotations.

The full word was a nickname British scientist Charles Darwin and his wife Emma used in their letters to each other in the 1840s.

She used it as a “term of endearment” and he used it “playfully to suggest that the status of a husband was that of a slave”, according to the Darwin correspondence project.

It was also the name given to a black Labrador which was the mascot of the Royal Airforce 617 Squadron – famously known as the Dambusters – during World War Two.

“Part of the thing about the N-word and why it was used for the dog and why it’s used in that kind of affectionate way is because we were seen to be like animals,” Prof Andrews tells me.

“There’s different versions of it where, on the one hand, the good [N-word] is a slave, they’re subservient, they do what they’re told, they’re good to their master.

“And then the other side of that is that a bad [N-word] is somebody who’s really violent, masculine and dangerous. But it’s all rooted in the same basic premise that we’re not really humans.”

After World War Two, the racism directed at black and Asian people who had emigrated to the UK from Commonwealth countries saw the word come to be used as a racial slur in everyday life – and politics.

At the 1964 election, Conservative MP Peter Griffiths won the Smethwick seat in the West Midlands after a campaign which used the slogan: “If you want a [N-word] for a neighbour, vote Liberal or Labour”. The slogan spelt out the full word.

This is something I didn’t know about until now, and I did GCSE history at school. It does makes me wonder if teaching these difficult moments in our past in school would help more people to understand the horrible legacy of the word and why it’s so offensive.

That election was more than 50 years ago – but the word is still used in that derogatory way today.

In 2017, Labour MP Diane Abbott revealed how she is repeatedly called the word by racists who target her with abuse through email and social media.

In 2018, the words “no blacks” and a version of the N-word was scrawled on the home of the Kasese family hours after they moved into a new neighbourhood in Rochdale, Greater Manchester.

In June this year, black families in Essex say they were sent racist letters containing the word – which also included threats to kill.

NHS worker and musician K-Dogg claims it was the word that was shouted at him when he was hit by a car in an alleged racist attack in July.

But not everyone sees the word as being problematic.

In 2013, some BBC viewers complained when an episode from Fawlty Towers was edited to remove a line that contained the word – saying it was the “airbrushing of history”.

In 2015, a Radio 1 Newsbeat survey of 3,000 18- to 29-year-olds suggested more than a quarter of people thought it was acceptable to be used in some circumstances.

In July this year, the name of the Dambusters’ dog was removed from its gravestone as RAF Scampton “did not want to give prominence to an offensive term”.

More than 3,000 people signed a petition calling for it to be put back, with some arguing it was a “disgraceful decision” and the dog was “a part of history”.

The issue of using the word was brought up by BBC London presenter Eddie Nestor on his show in August and there were a lot of different views.

Caller Mark said discussions around the use of it had become “over-sensitised.”.

Caller Shaun said the word has been “demonised”, adding: “If you walked up and slapped me in the face I’d be offended, if you call me any name under the sun I’d just rise above it and walk on. It’s just a word, it doesn’t hurt.”

Questions that always get asked when the word comes up are “Why do some black people still use it?” and “Why can’t white people sing it if it’s in a rap song?”

It makes me think back to one of my favourite comedy films, Rush Hour, and Chris Tucker’s character – who is black – uses it to greet his black friend saying, “What’s up my [N-word]?”

Then a few minutes later, Jackie Chan’s character copies him and says it to a black person and it starts a huge fight.

You’ll also hear the word in songs by black US rappers and in UK grime music.

I came across a letter posted on Twitter written by race expert Dr Jacqui Stanford about the use of the word.

She said historically black enslaved people created a language for themselves, “often using the framework and actual words of their enslavers”.

“Black people have successfully divested the N-word of its original offence and in our struggle to survive the devastation it occasions, gave it new meaning, made it approachable, survivable,” she wrote.

I spoke to Dr Stanford about this further and she said the word was a “complex term” and she “doesn’t necessarily reject it”. During our chat she used the full word and every time I heard it I could just feel my body tensing up.

“The word is being policed because black folks did not have a choice in the matter at a certain time when it was used to their disadvantage, to abuse and to inscribe and reinforce the sense of black people as inferior by white people,” she said.

“That the word survives is an act of redemption by black folk. The word survives on the conditions that black folks have inscribed for it and nobody else can take that. And it becomes violent when other people try to take it and use it.”

In 2018, Kendrick Lamar stopped a white woman from singing his song M.A.A.D City on stage at one of his concerts after she repeatedly used the word – which is in the track.

Explaining why he did this, he told Vanity Fair: “I’ve been on this earth for 30 years and there’s been so many things a Caucasian person said I couldn’t do. Get good credit, buy a house in an urban city. So many things – ‘You can’t do that’ – whether it’s from afar or close up.

Dr Stanford says white people cannot use the word because its origin in slavery hasn’t been lost.

Prof Andrews adds: “If you understand the history of the word and how it’s been used, it’s not for white people to use, it’s not for anybody else to use.

“If you look at the way that we use the word, which would be more acceptable – and I’m not saying I’m pro using it – it’s about endearment, it’s about family, it’s about connections, it’s about recognising the situation that we’re in.

“So if you’re not black you can’t do that. You actually can’t use the word in the way that we use it. It’s not possible, because you’re not in that space. So any other usage of it is completely wrong.”

But there are some people who feel the word shouldn’t be used by anyone – whatever their race.

He said he understands the history of reclaiming and owning the term of abuse, but added: “I say the time has come to do away with it. If black lives matter, don’t own it, reject it.”

Cherry Wilson is a proud northerner who recently moved back to Stockport, Greater Manchester, where she grew up.

She studied journalism in Sheffield and was the first in her family to go to university. Her passion is telling the stories of the people and communities behind the headlines, exploring issues that matter to them.