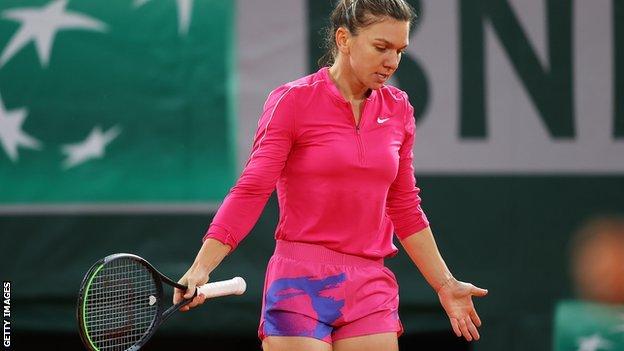 Simona Halep was bidding for a second French Open titleDates: 27 September – 11 October Venue: Roland Garros, ParisCoverage: Selected radio and text commentaries on BBC Radio 5 Live and the BBC Sport website, plus daily reports and analysisTop seed Simona Halep is out of the French Open after losing to Iga Swiatek in the…

Top seed Simona Halep is out of the French Open after losing to Iga Swiatek in the fourth round in just 68 minutes.

The Romanian, a heavy favourite to claim a second Roland Garros title, was stunned 6-1 6-2 by the Polish teenager.

World number 54 Swiatek outhit and outmanoeuvred the 2018 champion to reach a Grand Slam quarter-final for the first time.

The defeats for Halep and Bertens mean there are only four seeds remaining in the women’s singles – Elina Svitolina, Sofia Kenin, Petra Kvitova and Ons Jabeur.

However, Swiatek asserted herself from the start, taking the first set in 24 minutes and finishing the match with an astonishing 30 winners.

She created 14 break-point opportunities – and did not face any on her own serve.

Swiatek was in tears after her victory and admitted she had surprised herself with her level of play.

“I felt like I was playing perfectly and I was so focused that even I am surprised that I can do that,” she said.

Swiatek ousted 2019 finalist Marketa Vondrousova in the first round and had not dropped a set en route to the fourth round.

She broke Halep at the first opportunity, hitting through her with her forehand, and outlasted her in the rallies, despite dogged defence from Halep.

Halep did not play badly – she made just two unforced errors in the opening set – but Swiatek played with such confidence and power.

The lengthiest game came in the second set at 3-1 on the Halep serve, with the world number two attempting to fight her way through an eight-minute game.

She saved five break points but two double faults hinted at her nerves, and she sent consecutive shots into the net post to hand Swiatek a double break.

Halep saved the first of three match points but a composed Swiatek slapped a huge first serve down to wrap up an incredible win.

Swiatek has dropped just 16 games in her four Roland Garros matches and is the first Polish woman to make the French Open quarter-finals since Agnieszka Radwanska in 2013.

“It is my favourite. I always loved to play here, even when I was a junior,” Swiatek said of Roland Garros.

“This week was like a dream come true for me and I hope it is going to be longer.”

This was as close to a perfect performance as you could ever expect to see.

Iga Swiatek, who had been swept aside in just 45 minutes by Simona Halep at the same stage last year, has blown the women’s draw wide open.

She was very aggressive with both forehand and backhand, but also mixed drop shots and volleys among her 30 winners.

Swiatek says she was “super stressed” in last year’s French Open match with Halep, but has grown enormously in stature since.

Grand Slam champions Petra Kvitova and Sofia Kenin remain in the other half of the draw, but neither would choose clay as a surface.

There will be a new French Open champion; and even though she lacks experience, the 19-year-old is playing as well as anyone. 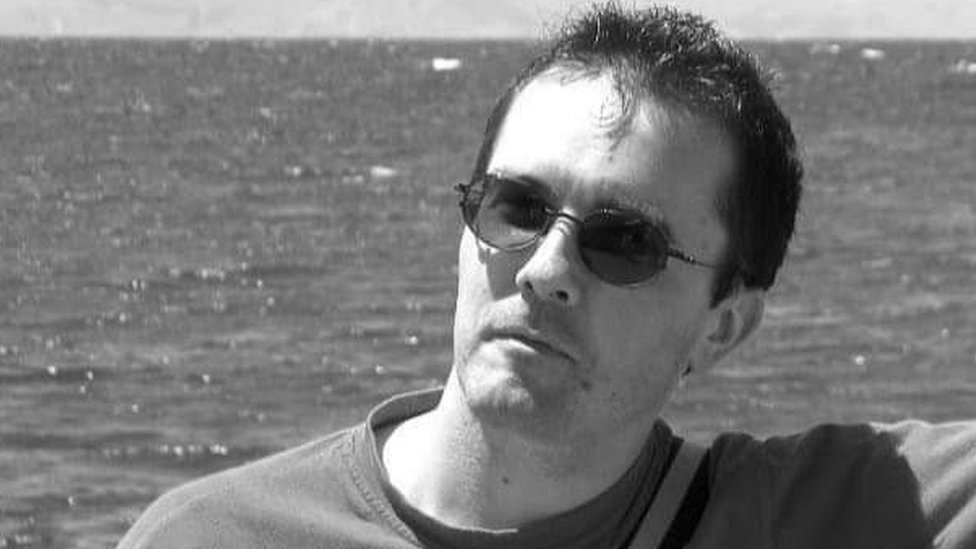