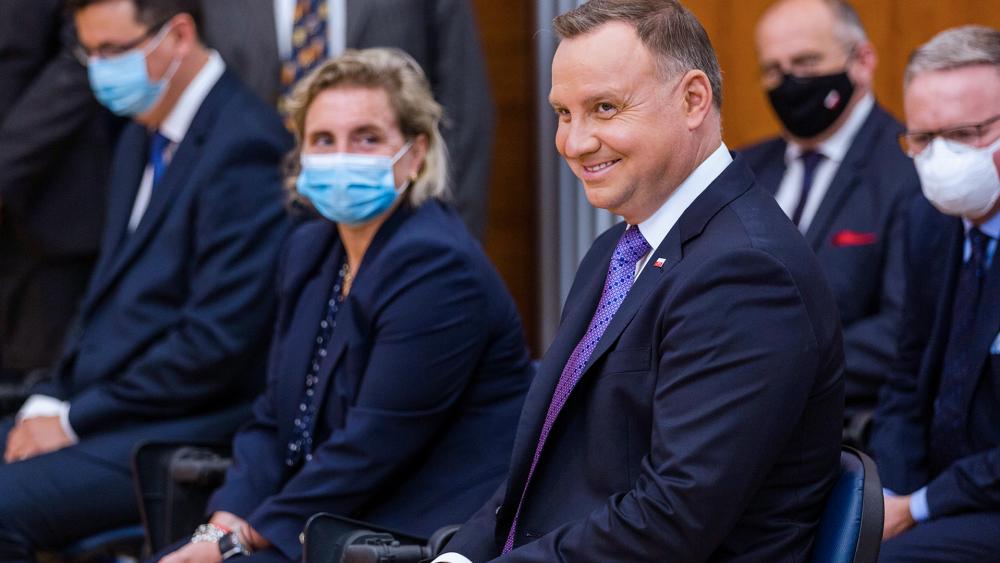 President Andrzej Duda of Poland became the first president of his country to attend the annual March for Life and Family, which happened last week.

Pawel Ozdoba, president of the Life and Family Center, said rally participants were “honored” the 48-year-old president participated in the pro-life event.

“We are happy that Polish families have the most important person in the country as an ally,” he continued.

In mid-September, Ozdoba said: “The 21st century’s greatest battle will be the battle for the family. We want to show that we do not agree to abortion, which is happening in our country surprisingly often.”

In addition to Duda, his recent political opponent, Krzystof Bosak, attended the march, which drew around 5,000 people to Warsaw.

There is no future without strong families. We must defend it. #MarszDlaZycia pic.twitter.com/haTOPPVFl1

While abortion is very restricted in Poland, only accessible in cases of rape, incest, serious disability to the unborn child, or when the mother’s life is at risk, pro-life demonstrators are urging for even more protections for unborn children.

The pro-life camp is seeking to see abortion in cases of disability removed from the list of reasons for which a woman can obtain an abortion.

Earlier this summer, Polish lawmakers debated a bill that would have scrubbed fetal impairment as a viable reason for termination. While the bill wasn’t rejected, its further consideration has been delayed indefinitely.

Barbara Nowak, superintendent of schools for Poland’s Malopolska district, is demanding lawmakers in her country “stand up with great responsibility for the civilization of life and against the progressive civilization of death.”

“I appeal to the judges of the Constitutional Tribunal: Do not force us into the civilization of death,” she continued. “We stand for respected life, from the very beginning to the very end. We do not want to be like in the West, ‘modern and progressive,’ if it is to involve murdering another person.”

This year marks the 15th annual March for Life and Family event.