It’s never too early to start planning in KFC SuperCoach.The final round of 2020 has only just concluded, but while late-season form is still fresh in your mind, it’s time to start work on your 2021 watchlist.It’s not just the players who have finished the year strongly who you should be tracking, either.There are a…

It’s never too early to start planning in KFC SuperCoach.

The final round of 2020 has only just concluded, but while late-season form is still fresh in your mind, it’s time to start work on your 2021 watchlist.

It’s not just the players who have finished the year strongly who you should be tracking, either.

There are a number of KFC SuperCoach-relevant players who will return from injury next year and with a trade and free agency frenzy expected in late October, many will find greater opportunity.

And, of course, there’s also the position changes to consider.

Our experts name the players on their early 2021 KFC SuperCoach watchlist.

The young Essendon ruckman will be primed to take on the No. 1 ruck responsibilities after featuring in eight games during his debut campaign. He showed encouraging signs during those matches, although an average of two free kicks against each game hindered his KFC SuperCoach scoring. He was a great cash cow for thousands of coaches, reaching $341,800 before most moved him on. His standout game was in Round 13 when he had 13 disposals, 14 hit outs and took six marks against Richmond. The ‘set and forget’ combination of Brodie Grundy and Max Gawn will be popular again next season — for good reason — but if I need to save money I’ll consider Draper as a stepping stone to one of the big two. Especially if he’s available for about $400,000 after a full pre-season.

Assuming he gets the regular 30 per cent discount applied to players who miss a full season, the No. 19 draft pick will be available for about $170,000 next year. He was listed as a SuperCoach defender this year and is likely to retain that position due to a lack of action in 2020 — Stocker left the Blues hub to return to Victoria in July. He played five games in 2019, averaging 49.6 with a top score of 64. Carlton is crying out for midfielders to support Patrick Cripps and if Stocker can take the next step in 2021, he shapes as a great cash cow. $170k sounds like a lot to pay, but thousands of coaches paid $20k more than that to start with Brandon Zerk-Thatcher this season. As a Blues fan, I’ll have eyes on Stocker during pre-season for two reasons — SuperCoach and Carlton’s 2021 prospects.

After scores of 39 and 8 in his two games of 2020, the Blues defender will come at a significant discount on his 2020 price of $524,800. Newman injured his knee in Round 2 and was ruled out for the rest of the year after surgery. If he’s fit for Round 1 in 2021 and shows promise in the pre-season, he needs to be considered. The ex-Swan averaged 96.7 two years ago and his importance to Carlton’s defence will only grow after Kade Simpson’s retirement. With Jake Lloyd and possibly a DEF-MID Rory Laird at D1 and D2, Newman could be a value D3 selection.

The highly-talented Crow played just two matches in 2020, after suffering a stress fracture in his foot. An inconsistent previous season – he wasn’t alone at West Lakes – meant Milera started the year at $408k. That appeared great value, too, given he averaged 95 points per game from Round 17 onwards in 2018 – his third year in the competition – and posted scores of 82, 105, 109 and 86 in the opening month of 2019 before a shoulder injury. And those numbers alone put Milera on the watchlist, regardless of whether he plans in the midfield or across half-back.

Adelaide is keen on Hately and if the young midfielder does make the move back home to South Australia in this year’s trade period, he’ll shoot straight to the top of KFC SuperCoach watchlists. It will mean consistent opportunity in the midfield, something he hasn’t had in his two years in the competition. Hately, who averaged 108 points at the 2018 national under-18 carnival, has played just 13 senior game since being drafted at pick No. 14 in 2018 and he was a late inclusion to the Giants side for three of them. But he still posted KFC SuperCoach scores of 95 and 85 in the opening two games of his career in 2019 and 108 in his first appearance in Round 3 this year. The smart, ball-winning midfielder wasn’t picked in Round 1, desptite a standout pre-season, which saw him average 115 points in the Marsh Series. And in 2021, he’s likely to priced at $314k.

Maybe I went a year too early. In his second season, Clark, who averaged 126 KFC SuperCoach points in the TAC Cup in his draft year, settled across half-back following the bye and averaed 86 points – the seventh-most of any Saint – from Round 15 onwards. The 186cm left-footer couldn’t maintain this form consistently through 2020, but there were still plenty of signs. There was dash off half-back and clean hands at ground level as Clark posted five KFC SuperCoach tons, with his 124-point performance in Round 17 his best for the season. Is 2021 his year?

If you break Champion Data’s contested possession record at the under-18 championships in your draft year and then tally 30 disposals, 20 contested possessions and 119 KFC SuperCoach points in your fifth career game, you have to be on this list. Even if 2021 will be your dreaded second-year, and you’ll be awkwardly-priced at $355k. Remember Clayton Oliver’s 2017?

And just keep an eye on where Sturt midfielder Tom Powellgoes on AFL Draft night. He’s Tom-Mitchell like in his ability to win the ball and he’s posted two KFC SuperCoach double tons in the SANFL under-18s this year.

This man will be just about my first picked in 2021 in the likely event he earns FWD/MID/ (Ruck?) status. He started in my side this season with an unfortunate syndesmosis injury restricting him to 11 games. Of course there is the potential for magnet-man Luke Beveridge to play funny buggers – including his perplexing decision to play him in the ruck – but a forward with his scoring power available for less than $600,000 is a gift from the KFC SuperCoach Gods.

Watch Zac Williams this trade period with interest, KFC SuperCoaches. The smooth-moving free agent is on the move this off-season with Carlton his likely destination. A move to the midfield beckons at a new club, having been starved of centre-square opportunities by Greater Western Sydney’s midfield logjam. Our minds cast back to his exploits as a midfielder during the later stages of 2019, registering impressive numbers and six 95-plus totals between Round 20 and the preliminary final. Should keep his DEF only status in 2021 and his price should be below $500,000 after another injury-affected campaign.

As the season has gone on, the passing of the baton from KFC SuperCoach stalwart Shannon Hurn to Liam Duggan has become evident. Duggan has regularly played the intercept and distributor role occupied by Hurn in previous season, benefiting from West Coast’s kick-mark style during the back-half of the season. He has even been taking more kick-ins – arguably the biggest sign of a Hurn handover. The defender’s finish to the season has been superb, amassing six scores of 95 or more in his last eight games and averaging 98 points. Poor scores to begin the season will see him present plenty of value at around the $450,000 mark.

Picking a second ruckman to partner Max Gawn will be one of the toughest calls of the next KFC SuperCoach pre-season. Brodie Grundy has come back to a growing pack, with seven ruckmen averaging 100-plus to Round 17. English will be entering his fifth season off a rollercoaster year that has included a 204-point game and three scores in the 50s. Season 2021 might be the year to put in my chips on him putting up those big numbers on a consistent basis.

Justin Longmuir has provided a look into Fremantle’s future in the second half of the season and the former top-five draft pick has thrived on more midfield responsibility, averaging 104 since Round 11 (by comparison Patrick Cripps has averaged 102 over the same period). Cerra put up big numbers as a junior and should be ready to take the baton from the likes of David Mundy next year – but this is Fremantle we’re talking about, so buyer beware!

I will be very interested in how much of a discount the SuperCoach bankers hand the likes of Dion Prestia, Ben Cunnington and Jeremy Howe – and Buddy will be insanely cheap – but it’s more fun to look for breakout contenders, and Lukosius definitely fits that bill. The former No.2 draft pick will be entering his third season, which is early for a breakout, but a guy who can score 130-plus two weeks in a row in his second year is worth a closer look. Keep a close eye on his role – if it includes taking kick-ins and using his elite kicking out of the back half in a team likely to win a lot more games in 2021, I will be very tempted. 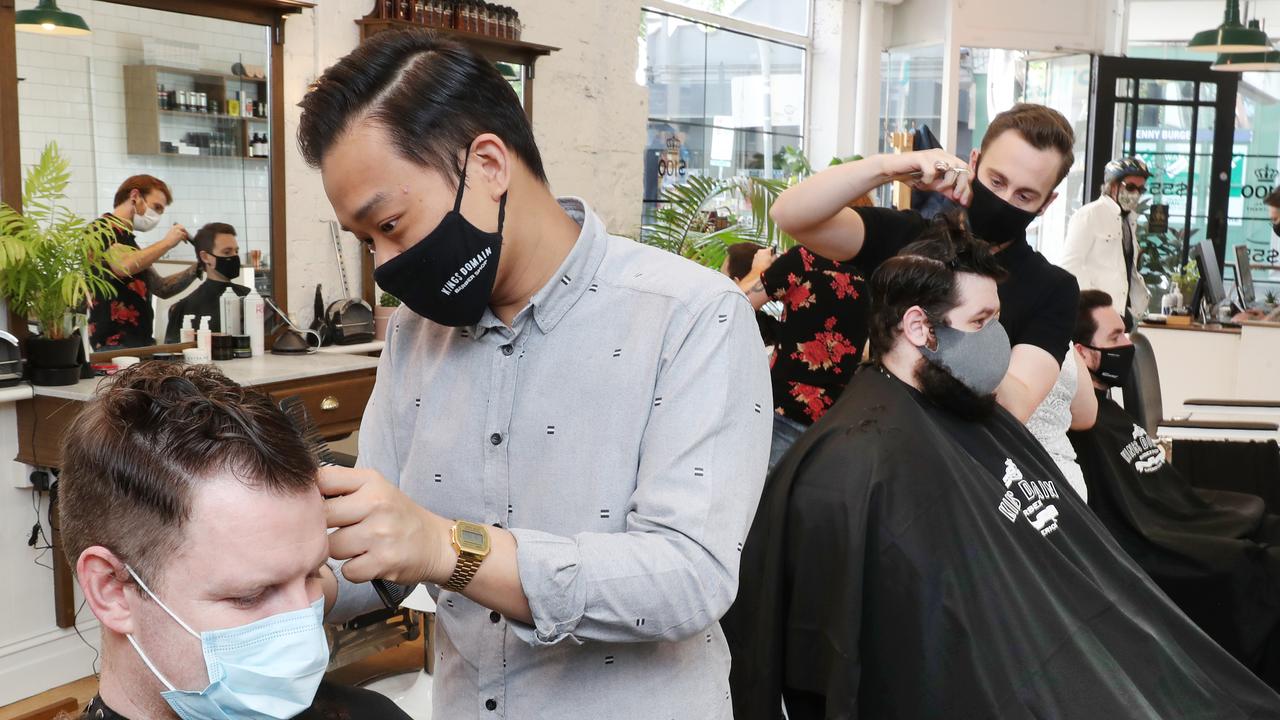