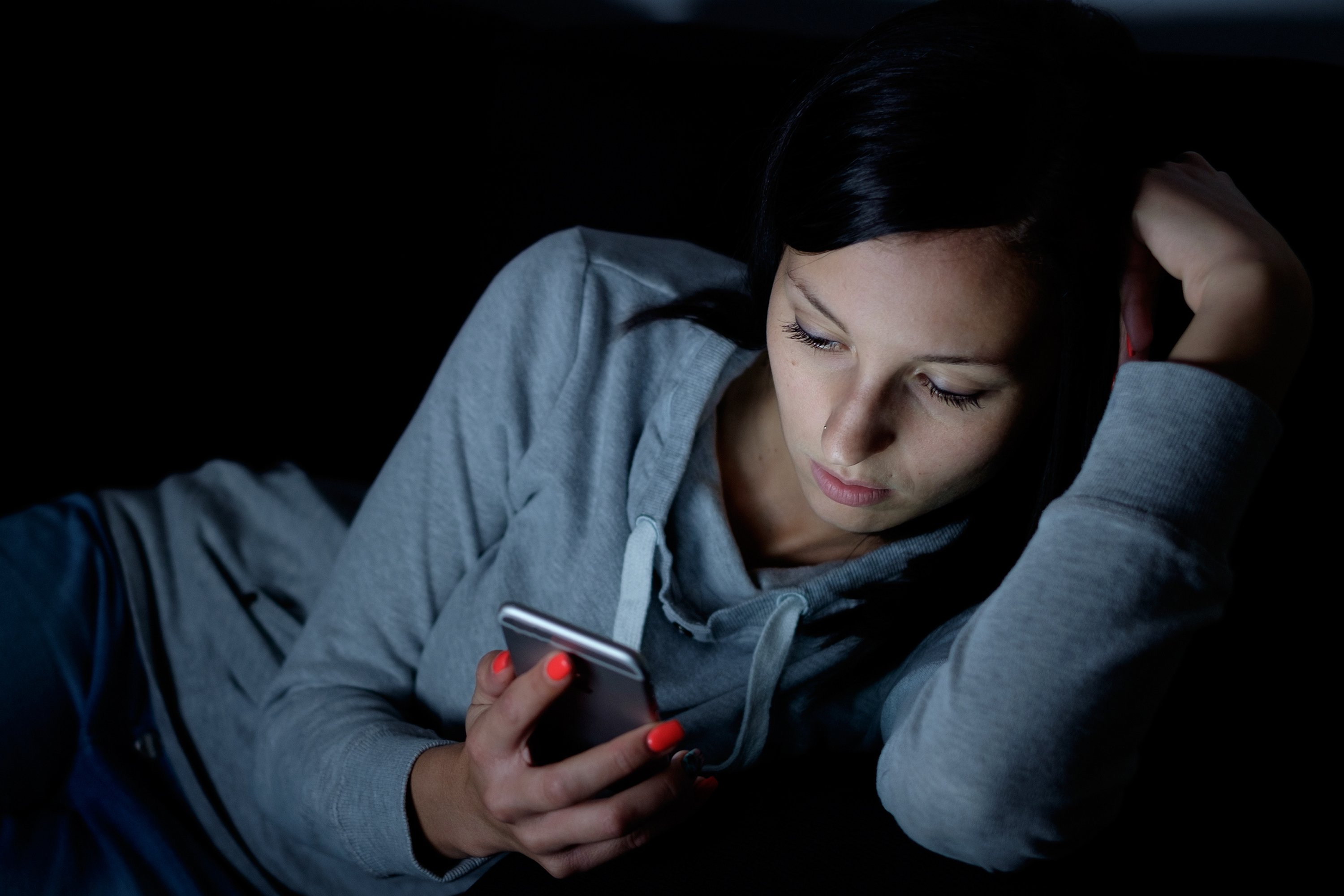 Around 2,050 reports have been made to a government-funded helpline, a 22% rise from last year.

As cases have remained high despite coronavirus restrictions easing, those that run the service fear this is “the new normal.”

Recent research by domestic violence charity Refuge found that one in seven young women has received threats that intimate photos will be shared without their consent.

Around two-thirds of cases reported to the helpline involve women.

Helpline manager Sophie Mortimer said the sustained rise is evidence of behaviour triggered by the lockdown, and greater awareness of the crime and support.

The helpline is run by the charity South West Grid for Learning (SWGfL), part of the UK Safer Internet Centre.

The charity has helped remove 22,515 images this year – 94% of those reported by victims.

And cases surged in August.

David Wright, director of the UK Safer Internet Centre, said: “The lockdown produced an extreme set of circumstances which are bringing a lot of problems.

“What we are seeing here, however, suggests something more long-term has happened which could mean we will be busier than ever before. It’s worrying to think this could be the new normal.”

Research by domestic violence charity Women’s Aid found that more than 60% of survivors living with their abuser reported that the abuse they experienced got worse during the pandemic.

“Disclosing private sexual images – or threatening to do so – is a common form of abuse, and is particularly harming young women.”

He was given a six-month suspended sentence for harassment and distributing indecent images.

Miss Prehaye founded the website Victims of Internet Crime: Speak Out! to provide ongoing emotional support for victims of these kinds of offences.

She said: “There is no wonder that there has been an increase of cases during lockdown as more and more people have been forced to build relationships online.

“The problem has always been there, its just that lockdown made it more apparent, and an easier place for predatory sexual exploitation.”

If you, or someone you know, have been affected by domestic abuse or violence, the following organisations may be able to help.