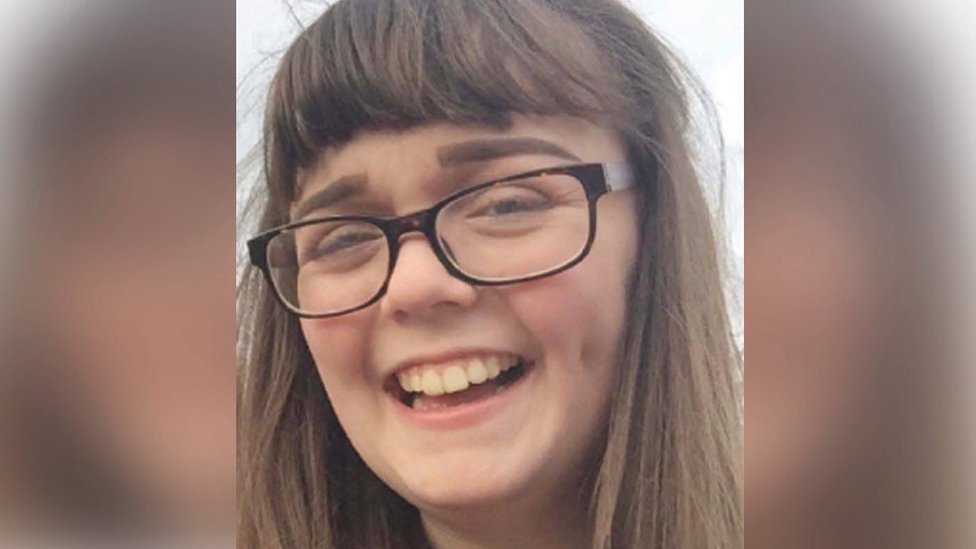 Publishedduration38 minutes agoimage copyrightManchester Arena Inquiryimage captionGeorgina Callander was “one in many millions”, said her motherThe mother of a teenager killed in the arena bomb has spoken of “unbearable pain” and told a public inquiry she wished it was “me not her” who died.Georgina Callander’s mother Lesley filmed a “pen portrait” tribute to her daughter…

The mother of a teenager killed in the arena bomb has spoken of “unbearable pain” and told a public inquiry she wished it was “me not her” who died.

Georgina Callander’s mother Lesley filmed a “pen portrait” tribute to her daughter which was played to the court.

Ms Callander said she wanted to go to the hearing but “could not bear” to go to Manchester after the attack in which 22 people died in May 2017.

She added she had been left “numb, weak and in emotional and physical pain”.

The portraits give each family the chance to present an insight into the lives of those who died.

Georgina, from Tarleton, Lancashire was “one in many millions”, her mother told the inquiry into the terror attack at Manchester Magistrates’ Court, which is now in its second week.

Ms Callander spoke of her “unbearable pain” as she relived holding Georgina in her arms during her last moments, saying it had been a “daily living nightmare” since her “senseless, pointless murder”.

“That night has done everything to destroy every single living cell in my body.

“I find it excruciatingly hard to live without Georgina.”

She added: “I wish it would have been me and not her.”

Georgina’s older brothers Daniel and Harry also paid tribute, with the former saying she was “like a ray of sunshine on the darkest of days”.

The children of Marcin and Angelika Klis presented a “pen portrait” of their parents.

The couple’s daughters Aleksandra and Patrycja said the couple “were so in love as if they were teenagers without a care in the world”.

In a statement read out by their legal representative, they told the inquiry how they had not “just lost our parents but we have lost our best friends and protectors”.

“They did everything in their power to ensure we had everything we wanted and more. They would always put our needs before their own.”

The couple, from York, “were soulmates and they didn’t want to be without each other”, their daughters said.

“Mum and Dad’s love was incredibly strong. Something we should all aspire for in life.”

The husband of Lisa Lees, 43, from Oldham, told the inquiry how his wife started her own business using massage to help terminally ill children.

“Lisa was a true angel, caring and beautiful, both inside and out,” he said.

The mother-of-two was “the heart and soul of our family” who “had so much more to give in life”, the inquiry heard.

Her daughter India paid tribute to her mum, who had also trained and qualified as a teacher, saying she “was the most beautiful, selfless and positive person I knew”.

While her mother Elaine Hunter said: “She used to laugh all the time and all her friends would say what an infectious laugh she had, she really did light up a room when she walked in.”

The inquiry comes more than three years after the bombing at the end of an Ariana Grande concert that left hundreds more injured.

The inquiry was due to start in June, but was delayed by the trial of Salman Abedi’s brother Hashem, who was jailed for at least 55 years for 22 murders on 20 August.

The commemorative hearings are expected to conclude on 23 September.

The inquiry was set up to examine the background to the attack and the response of the emergency services.

Its chairman Sir John Saunders will make a report and recommendations once all the evidence has been heard, which is expected to take up to six months.