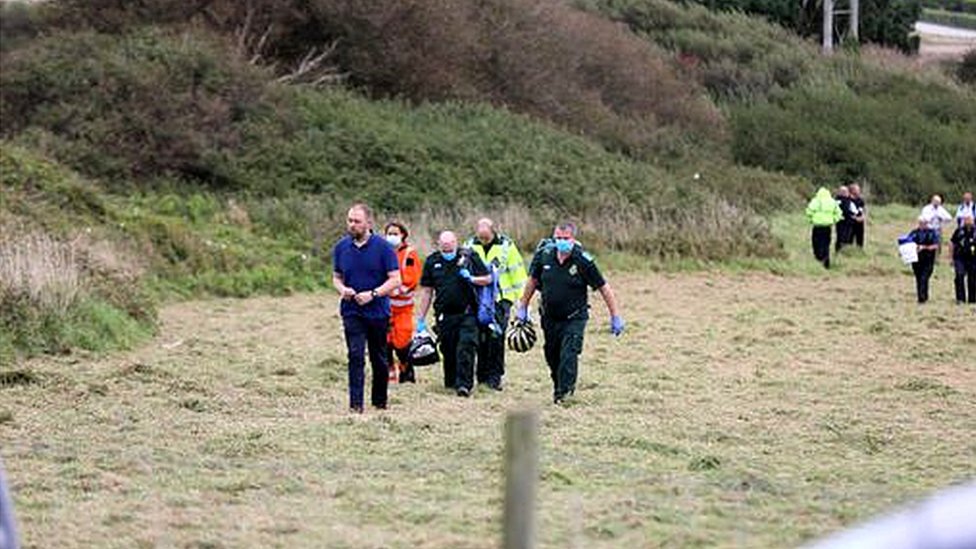 Publishedduration33 minutes agoimage copyrightSimon Heester/Cornwall Liveimage captionEmergency crews were sent to the scene in Newquay after the officer suffered the burnsA man has been arrested on suspicion of attempting to murder a police officer who has been left with severe burns to his arms and legs.Devon and Cornwall Police said the officer was sent to…

A man has been arrested on suspicion of attempting to murder a police officer who has been left with severe burns to his arms and legs.

Devon and Cornwall Police said the officer was sent to Trevenson Road in Newquay, Cornwall, over reports a man was “behaving aggressively”.

The officer suffered the “severe but non life-threatening” burns at the scene and has been taken to Treliske Hospital by air ambulance.

Ch Supt Ian Drummond-Smith said officers were called after a man who was living in a field without permission refused to leave when asked by bailiffs.

He described it as a “very serious incident”, adding “My thoughts are with our officer.”

He said colleagues attended the scene “within minutes”, and were assisted by members of the public and the bailiffs “in bringing this to a safe resolution”.

“To the best of my knowledge his face was not burnt,” he said.

“He is conscious, he is sat up in his hospital bed and he’s talking to us on the telephone – he is in good spirits,” he added.

“My thoughts are with the brave officer and his loved ones at this time,” she said.

Former inspector at the force Dave Meredith said he had “the privilege of working alongside this officer for over a decade”.

“You could find no better police officer and friend. All the best and get well soon mate,” he added.