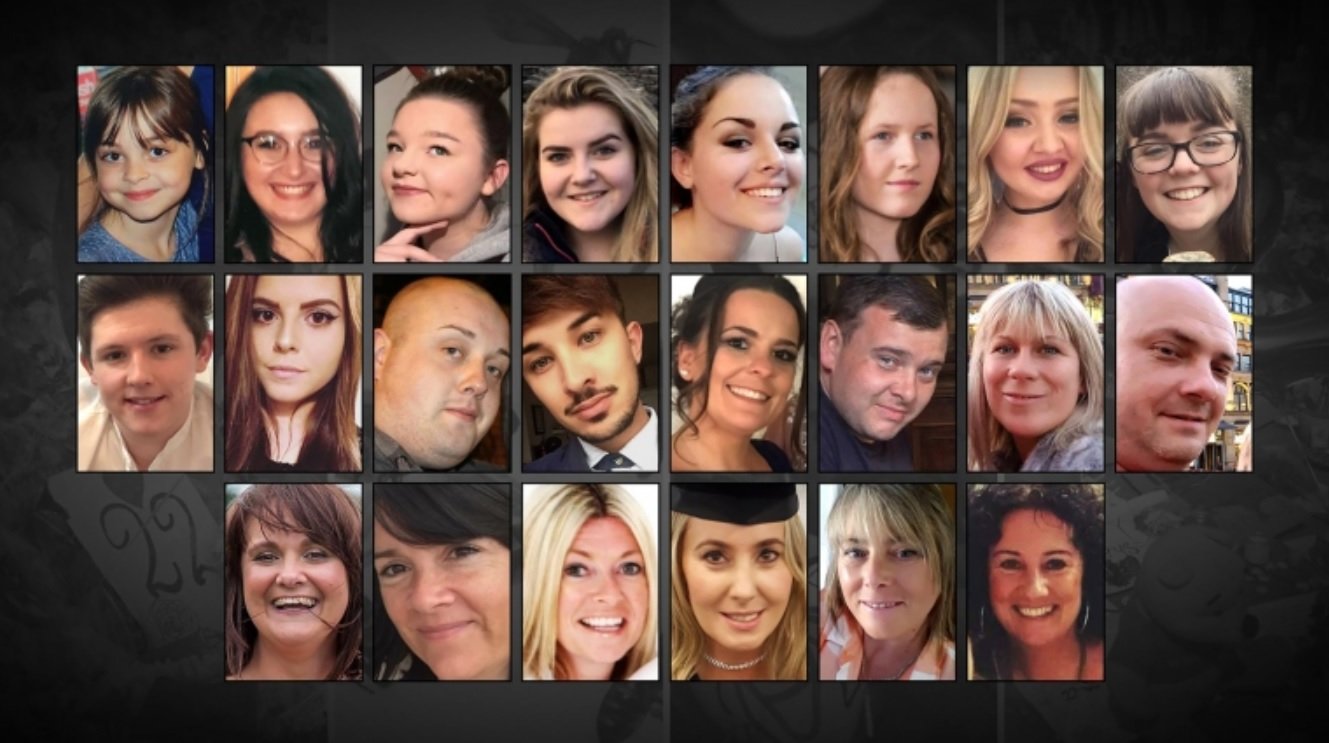 Publishedduration14 minutes agoimage copyrightGMPimage captionCCTV caught Salman Abedi in the arena foyer just seconds before he blew himself upConfusion over whether a gunman was at the Manchester Arena bombing meant fire engines arrived more than two hours after the blast, an inquiry was told. Paul Greaney QC said the inquiry will need to consider “whether…

Confusion over whether a gunman was at the Manchester Arena bombing meant fire engines arrived more than two hours after the blast, an inquiry was told.

Paul Greaney QC said the inquiry will need to consider “whether a better response by the emergency services would have saved more lives”.

Almost three years before the May 2017 attack, police seized evidence which showed Abedi talking about martyrdom.

Phone analysis revealed discussions with British-Libyan national Abdalraouf Abdallah, convicted in 2016 of helping others to reach Syria, the inquiry was told.

Abdallah’s phone showed Abedi, who went to visit him in prison, had been in contact in the months leading up to the attack.

Mr Greaney said the relationship between the pair was of “some significance”, and investigators were “determined to get to the bottom of it”.

But Abdallah had refused to answer any questions put to him by inquiry staff when they visited him in prison this year, he said.

The public inquiry, which comes more than three years after the attack, will look at a number of factors including the emergency response to the bombing.

The hearing was told how problems with communication and incorrect reports of an “active shooter” meant fire engines carrying specialist equipment and stretchers did not arrive for another two hours and six minutes after the blast at 22:31 BST on 22 May 2017.

Mr Greaney said the inquiry will have to consider “whether that absence contributed or may have contributed to the loss of life that occurred”.

“There can be no doubt there was a need for such joint working on the night of 22 May 2017 in Manchester,” he said during the third day of the inquiry.

The hearing was told North West Fire Control was first notified at 22:34 BST that there had been an explosion and mass casualties, and police were looking for a second device.

They also received reports, wrongly, of an “active shooter” and some casualties with gunshot wounds.

But there appeared to be confusion about whether Greater Manchester Fire and Rescue Service (GMFRS) should follow procedures based on the incident being an explosion or a terror bombing.

Station manager Simon Berry, of GMFRS, was told a rendezvous point was arranged with police at Manchester Cathedral nearby, but this was rejected in favour of a different “muster point” three miles away from the arena.

This decision would be “critical” to the understanding of how the fire service was delayed so long in deploying to the arena, Mr Greaney said.

An expert report on GMFRS’s response to the attack found it “inadequate and ineffective” and said there was a lack of effective leadership, though “no single individual” was responsible for the failings.