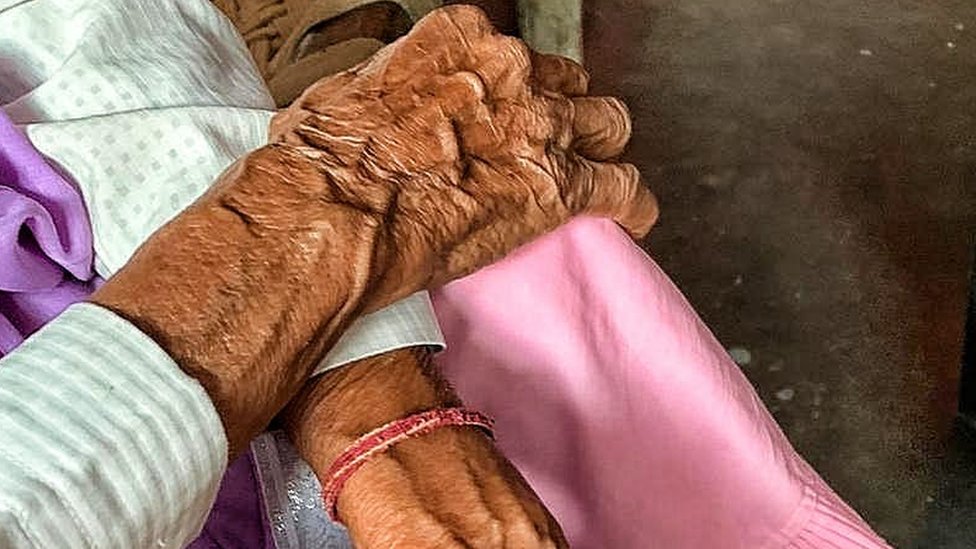 By Geeta PandeyBBC News, DelhiPublishedduration4 hours agoimage captionThe 86-year-old grandmother was raped in DelhiTens of thousands of rapes are reported in India every year, but some stand out for being deeply disturbing.In one particularly shocking case, police in the capital, Delhi, have arrested a man in his 30s for the rape and assault of an…

Tens of thousands of rapes are reported in India every year, but some stand out for being deeply disturbing.

In one particularly shocking case, police in the capital, Delhi, have arrested a man in his 30s for the rape and assault of an 86-year-old grandmother.

“The woman was waiting outside her home on Monday evening for the milkman when she was approached by her attacker,” Swati Maliwal, head of the Delhi Commission for Women, told the BBC.

“He told her that her regular milk delivery man wasn’t coming and offered to take her to the place where she could get milk.”

The octogenarian trustingly accompanied him, said Ms Maliwal, adding that he took her to a nearby farm where he raped her.

“She kept crying and begging him to leave her. She told him that she was like his grandmother. But he ignored her pleas and assaulted her mercilessly when she tried to resist and protect herself,” Ms Maliwal said.

Local villagers who were passing by heard her cries and rescued her. They handed over the attacker to the police.

Ms Maliwal, who visited the survivor at her home on Tuesday, described her meeting as “heart-breaking”.

“Her hands are totally wrinkled. You get a shock when you hear what she went through. There are bruises on her face and all over her body and she told me that she had vaginal bleeding. She is suffering from extreme trauma.”

Ms Maliwal has demanded the death penalty for the attacker, whom she described as “not human”.

“I’m writing to the chief justice of Delhi High Court and the lieutenant-governor of the city to fast-track the case and hang him in six months,” she said.

Rapes and sexual violence have been in the spotlight in India since December 2012 when a 23-year-old physiotherapy student was gang-raped on a moving bus in Delhi.

She died a few days later from injuries sustained during the assault. Four of the accused were hanged in March.

But despite the increased scrutiny of sexual crimes, their numbers continue to rise.

According to the National Crime Records Bureau, police recorded 33,977 cases of rape in India in 2018 – that works out to a rape every 15 minutes. But campaigners say the actual numbers are much higher as many cases are not even reported.

And not all make news – only the most brutal or shocking get reported in the press.

In the last few days, while India has been struggling to cope with the coronavirus pandemic, there have been reports of an ambulance driver who allegedly raped a Covid-19 patient while ferrying her to hospital.

Last month, a 13-year-old girl was found raped and murdered in a sugarcane field and her father alleged that her eyes were gouged out and her tongue had been cut.

And in July, a six-year-old girl was abducted and raped and her attacker inflicted severe injuries to her eyes apparently so she couldn’t identify him.

As women’s activist Yogita Bhayana points out, no age group is safe.

“I have met a month-old girl and women in their 60s who’ve been raped,” Ms Bhayana, who works for People Against Rapes in India (Pari), an NGO working with survivors, says.

After the global outcry over the brutality of the December 2012 Delhi bus rape, India introduced tough new rape laws, including the death penalty in especially horrific cases, and promised to set up fast-track courts to try rape cases.

But, campaigners say, things have not changed much on the ground.

“The situation hasn’t changed because protecting women and girls should top the list of government priorities, but it does not even figure there,” Ms Bhayana says.

“India talks about external security, but I ask them what about internal security? What are you doing to ensure the safety of women and girls?”

Ms Bhayana says over the years, she has written more than 100 letters to Prime Minister Narendra Modi seeking justice for rape victims, but hasn’t received a single response.

“Why doesn’t he talk about it?” she asks.

While in opposition, Mr Modi had described Delhi as “the rape capital” in several election rallies.

And after taking over as the prime minister in 2014, he appeared to make it a priority – in his first independence day speech that year, he talked about rape and offered parents some advice on how to bring up better sons.

“When we hear about these rapes our heads hang in shame,” he said.

“In every home, parents ask daughters lots of questions as to where she is going, when will she return, and ask her to inform them when she reaches her destination.

“But have you ever asked your son where he is going, why is he going and who are his friends? After all, the person committing the rape is also someone’s son,” he said, advising parents to keep tabs on their sons.

In India’s largely feudal and patriarchal society, this was seen as ground-breaking.

But since then the growing cases of sexual violence, many of them involving influential people, have made news – and Mr Modi has mostly kept silent, except for one tweet in 2018 that “India’s daughters will get justice” after rape allegations involving members of his own party became headline news.

Ms Bhayana says there is “no magic wand, no one thing” that can make this problem of gender violence disappear overnight.

She says a lot needs to change – police and judicial reform, greater sensitisation of police and lawyers, and better forensic tools.

“But above all, we need gender awareness, we need to work to change the mindsets, to prevent such crimes from happening in the first place.”

And that is a tough ask, she adds.

“There is no sign that any government, be it the Delhi government or the federal government, is serious about tackling gender violence.

“I’ve been working in the field for eight years. I’ve never met anyone who’s really serious about the issue.”

Ms Bhayana says there are hoardings in public places about all sorts of issues, about various achievements of government, about Covid-19, or cautioning people against drug use.

“But have you ever seen a hoarding in any city about rape or gender violence?” she asks.