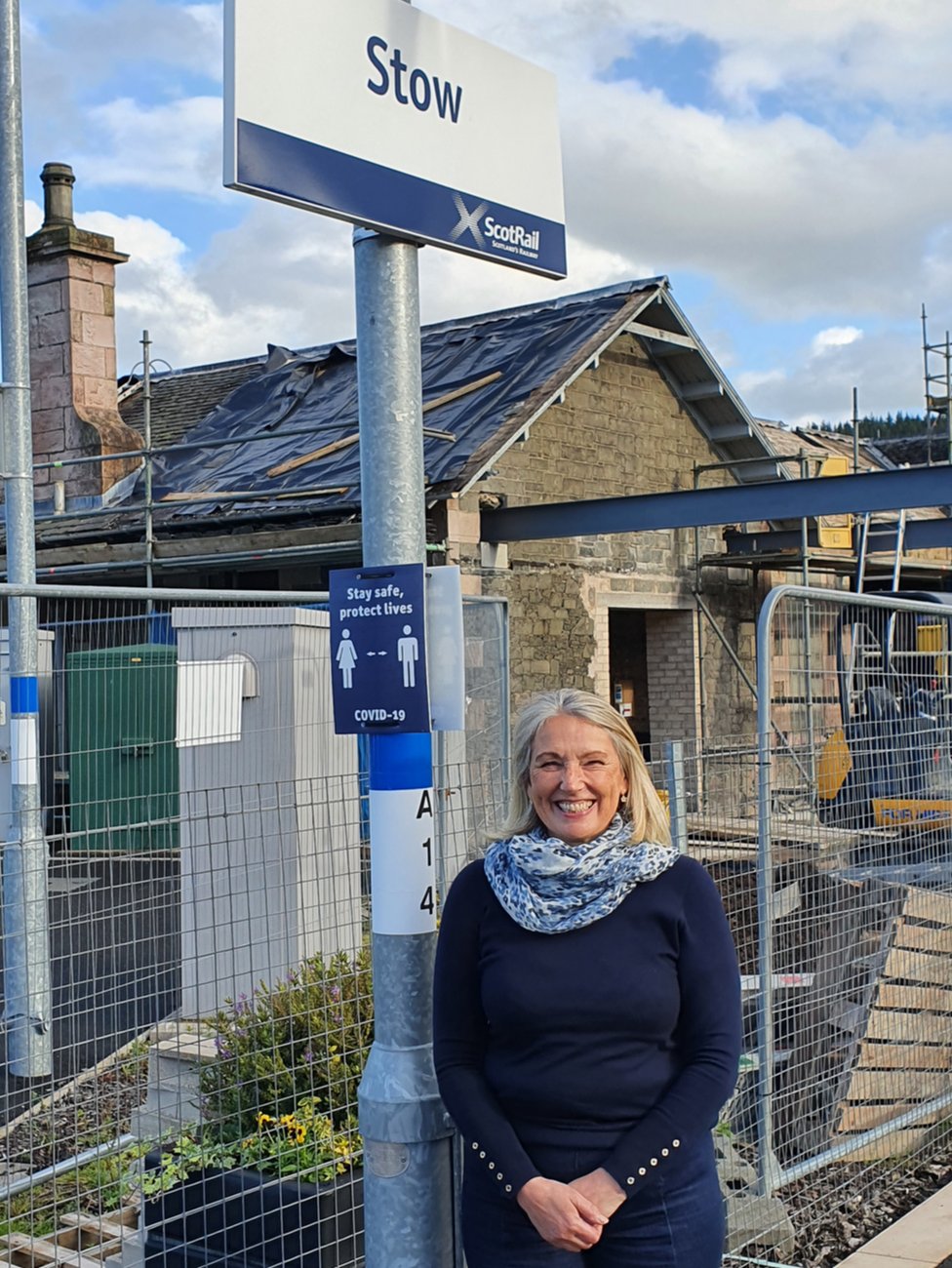 By Giancarlo RinaldiSouth Scotland reporter, BBC Scotland news websitePublishedduration6 hours agoimage captionThe Borders Railway was officially opened by the Queen on 9 September 2015Five years ago the Queen officially opened the Borders Railway from Edinburgh to Tweedbank.No trains had stopped in the village of Stow since its station was closed in 1969 as part of…

Five years ago the Queen officially opened the Borders Railway from Edinburgh to Tweedbank.

No trains had stopped in the village of Stow since its station was closed in 1969 as part of the Beeching cuts, which left the whole region without any rail service.

The village, which has a population of about 700, got a new station as part of the Borders Railway project. So what impact has the return of a rail service after more than 40 years had on the community?

Grace Murray has been in the village for the best part of 40 years.

She works for Scottish Enterprise and, before lockdown anyway, said the morning commute to her usual base in Edinburgh had changed dramatically.

“Since the Borders Railway opened, and until the pandemic, I used the train most days to travel to Edinburgh and Glasgow for work – this after more than 30 years of driving,” she said.

“I’ve made some incredible new friends who sit in the same seats every morning to have a laugh and blether before work.

She said she felt there had been wider changes too.

“Stow has become more connected since the railway started again – both in terms of being nearer to places and by connecting us as a village through the sense of community on train journeys,” she said.

“The Borders Railway must be one of the friendliest routes in Britain where there’s always a chat and appreciation for not having to drive into Edinburgh.

“This has always been a fantastic place to live and the railway has re-energised our community – that’s given a confidence to move forward and embrace a new future.”

Retired engineer Bill Jamieson was an active member of the Campaign for Borders Rail and led the struggle to get a station.

He has lived in Stow for more than 30 years and had seen the number of facilities dwindle over the years, in common with many other places of similar size.

However, he said the population had risen more recently – including more young people with children – due to its growth as a commuter village.

“For me it has changed the village for the better – but in some almost undefinable fashion,” he said.

He said the best way he could describe it was that it seemed “far more connected” than before.

In 45 minutes, Mr Jamieson said he could be at Waverley station with links to the rest of the UK – or even Europe.

“In the other direction, visiting family and friends have a civilised journey to within half a mile of our house,” he said.

Perhaps, he added, even some of the “it will never happen brigade” were now “enthusiastic train users”.

He also hopes it can play a part in rejuvenating the area.

“One thing I notice is how well used the trains are by younger people,” he said.

“I wonder if the connectivity that the railway provides is altering the old mindset where youngsters couldn’t wait to leave a place like Stow?”

Alison Runciman has been sub-postmaster of the village post office for nearly 15 years.

She said there was already “lots of talk” about the railway back in December 2006 when she took over the business.

“Having grown up in the rural Borders a train was something I hadn’t been on as a child as we went by car when we went out,” she said.

“However, that changed five years ago.

“I feel Stow became a lot better known to people as it received a lot of coverage during the time of the opening of the line.”

She said it had also boosted her customer numbers as people come to visit on the train.

“Hopefully this will be just one thing that develops from the Waverley Line,” she said.

“The beautiful countryside is great for walkers and cyclists too. I am sure this will grow year by year.”

The community in Stow has aspirations to change even more in the years to come with plans in place to redevelop the old station house.

It is hoped to open early next year providing a bar and kitchen, cycling hub and a community room.

It is part of the local community trust’s plans for “putting Stow on the map” – to encourage more people to visit the area.

They want to promote the village as “a great place to live in” as well as a visitor destination.

The Borders Railway has already had an impact on Stow and – with hopes still alive of extending the line to Carlisle – it looks likely to do so for some time to come.