Arrowfield Stud were expected to welcome their 100th foal so far this spring into the world sometime last night and are awaiting at the arrival this week of the unbeaten champion mare Black Caviar.The stud’s stallion brigade, led by four-times Champion Sire Snitzel, are all on active duty, some of them ‘serving’ three mares a…

Arrowfield Stud were expected to welcome their 100th foal so far this spring into the world sometime last night and are awaiting at the arrival this week of the unbeaten champion mare Black Caviar.

The stud’s stallion brigade, led by four-times Champion Sire Snitzel, are all on active duty, some of them ‘serving’ three mares a day.

Despite all the activity on the Farm, Paul Messara will take time out for a short trip across town to watch ‘home-bred’ Tempel One resume in the opening race at Scone on Tuesday.

Tempel One is a striking chestnut son of Arrowfield Stud resident sire Real Impact who is best known for beating Criterion and Kermedec in the 2015 George Ryder Stakes prior to his second in the Doncaster Mile two weeks later.

‘’Tempel One definitely does have talent,’’ Messara said. “We are just trying to work out his best trip. I was happy with his two trials this time in and he’s obviously done nothing since last week when he ran second in the trial at Gosford.

‘’We’re happy with him going into the race and he should be fighting out the finish.’’

Tempel One raced twice at his first campaign which kicked off with a third placing at Newcastle in a very fast run 900m maiden won by Snitzari.

Two weeks later on March 14, Tempel Run clocked in down the order over 1100m and was taken home to Arrowfield for a spell.

“I think he is going to end up being a miler so I am starting him over 1300m on Tuesday where he can get into a nice rhythm. Those trials had him a little bit off the bridle but he’s going really well and is going to be a very good chance,’’ Messara explained.

‘’I have only got three (Real Impacts) in the stable and this is one on them,’’ Messara said. “One of them won last week at Muswellbrook on debut. I had Outburst last preparation who went up and stakes placed in the winter in Queensland.

‘’Tempel One was probably the nicest of three in terms of physical condition and type.’’

The colt is a son of Arrowfield’s own Panzer Division out of a mare named Anadan who is herself a daughter of Adelaide Cup winner Demerger.

‘’He is probably a touch underdone coming into this,’’ Messara says. “He has only had the one trial ever but he has got a fair bit of raw ability there is no doubt about that.’’

It’s been a big couple of days for the Arrowfield colours with five winners in three days last week.

Messara himself has a similarly impressive strike-rate; four of his last 11 runners at Scone are winners with two seconds. 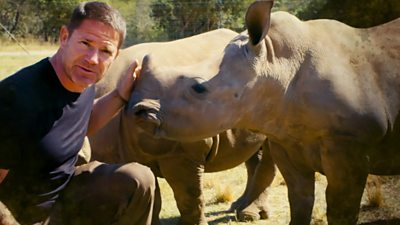