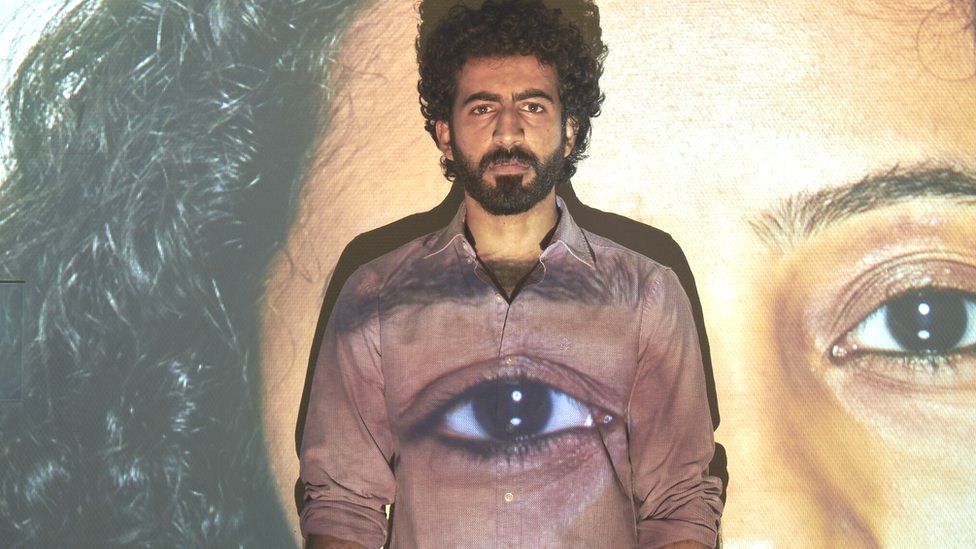 By Sudha G TilakDelhiPublishedduration5 days agoimage copyrightAMAZON PRIME VIDEOimage captionC U Soon is a 90-minute suspense thrillerIn late April, when life and work in India stalled under lockdown, a young director decided to make his next film.Theatres were shut and more than 60 films made in the southern state of Kerala, where he lives, were…

In late April, when life and work in India stalled under lockdown, a young director decided to make his next film.

Theatres were shut and more than 60 films made in the southern state of Kerala, where he lives, were languishing in the cans. But that did not deter Mahesh Narayanan, who makes films in the Malayalam language.

The 38-year-old director wrote a script, roped in a popular actor who backed the project as a producer, and gathered a small cast and production crew of 50 people. The film was shot in three weeks in six apartments located in a residential building in the city of Cochin. The apartments served as the film’s sets, offices, production hub, and residence for the cast and crew.

C U Soon, a suspense drama, is one of India’s first “made-at-home” films following the lockdown. Released last week on streaming giant Amazon Prime Video, it is an unusual Indian film. At 90 minutes, it has a runtime which is a third shorter than a usual commercial release, and it has no song and dances.

One critic called it an “an

immersive experience like no other”. Another said it was “a radical film that offers a unique viewing experience”. There was appreciation for the film’s “dynamic visual setting“.

“It’s voyeuristic and yet utterly believable, which is what makes the film so compelling,” one critic wrote.

Vijay Subramaniam, Amazon Prime’s head of content in India, told the BBC the film had “an outstanding response from critics and viewers and got huge appreciation in social media”.

One reason why Narayanan decide to make a film was to help people working in a local film industry battered by the lockdown. Things were so bad that even assistant directors and key crew members had begun selling home-cooked food to make ends meet, and some who were sick were unable to pay for medicine or hospital care.

“The local industry does not have the enormous coffers of Bollywood. Most crew members get paid daily or only after films are completed here, but all income had dried up after the lockdown,” Narayanan told the BBC.

A title card at the beginning of C U Soon informs the audience: “The film helped to provide wages for a bunch of workers whose only source of income was from cinema”.

The production broke most conventional rules of making films. The lead actor and producer Fahad Fazil turned his two apartments in Kochi into office and sets for the film, and rented four more apartments in the same condominium, so the cast and crew did not have to step out. The producer’s home cook doubled as the film unit’s chef, and fed the crew. There were no assistants fetching water or providing makeup for the actors.

“You can say the production reduced the carbon footprint substantially compared to a regular film production,” Narayanan said.

C U Soon deploys the usual Indian staples of love, emotion, and family drama, but adds smart ideas and innovative techniques to work around the constraints imposed by the lockdown.

Much of the film unfolds through words and images on mobile phones, laptops, security cameras, social media platforms, search engines, video calls and virtual chats between leading characters. The characters are scattered across the world and seen in conversation or in action through these devices and platforms.

A romance happens over Tinder; the actors connect over Facebook messages and Gmail, and a mystery is cracked using Google search.

When the film needed some outdoor shots of airports and offices, Narayanan simply dug out some unused footage from his previous films and borrowed from friends.

“We used what in India people call

jugaad to make sure we could keep working from home,” Narayanan said, using a Hindi term that describes a flexible approach to problem solving – using limited resources in an innovative way.