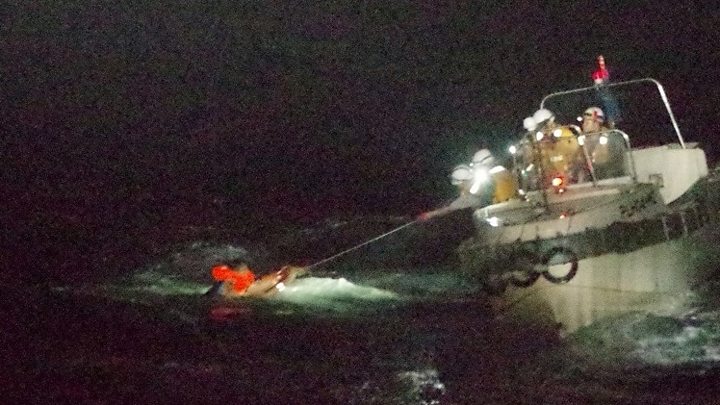 Image copyright Getty Images Image caption Waves crash on the coast as Typhoon Haishen approaches the Japanese prefecture of Kagoshima Typhoon Haishen is making its way towards South Korea after slamming through southern Japan.The storm is headed towards Busan, South Korea’s second-largest city, said the country’s weather agency.More than 300 flights from 10 airports were…

Typhoon Haishen is making its way towards South Korea after slamming through southern Japan.

More than 300 flights from 10 airports were cancelled, with some train services suspended.

The typhoon caused a loss of power across hundreds of thousands of homes in Japan, though initial assessments suggest it did less damage than feared.

Thirty-two people were injured, including four who sustained cuts after the glass windows of an evacuation centre were blown in, according to Japanese broadcaster NHK.

Some eight million people in Japan had been asked to evacuate in the path of the storm.

The storm comes days after Maysak, one of the region’s strongest typhoons in years, slammed into the Korean peninsula and Japan last week.

How has South Korea been impacted?

High winds have already cut power to almost 5,000 households on the southern tip of the Korean peninsula, including the resort island of Jeju, says a Reuters report.

A typhoon alert has been issued for Jeju and other southern parts of South Korea like Gyeongsang province.

But a KMA official told Yonhap News that it was likely the typhoon would weaken as it passed by.

What effect did the typhoon have on Japan?

Haishen has led to the closure of factories, schools and businesses across western Japan. Hundreds of flights and train services were also cancelled.

The typhoon has also forced Japan’s coast guard to suspend its search for missing sailors from a cargo ship that sank during Typhoon Maysak.

The Gulf Livestock 1 was carrying 43 crew members and 6,000 cows when it went missing on Wednesday. Three crew members were rescued alive.