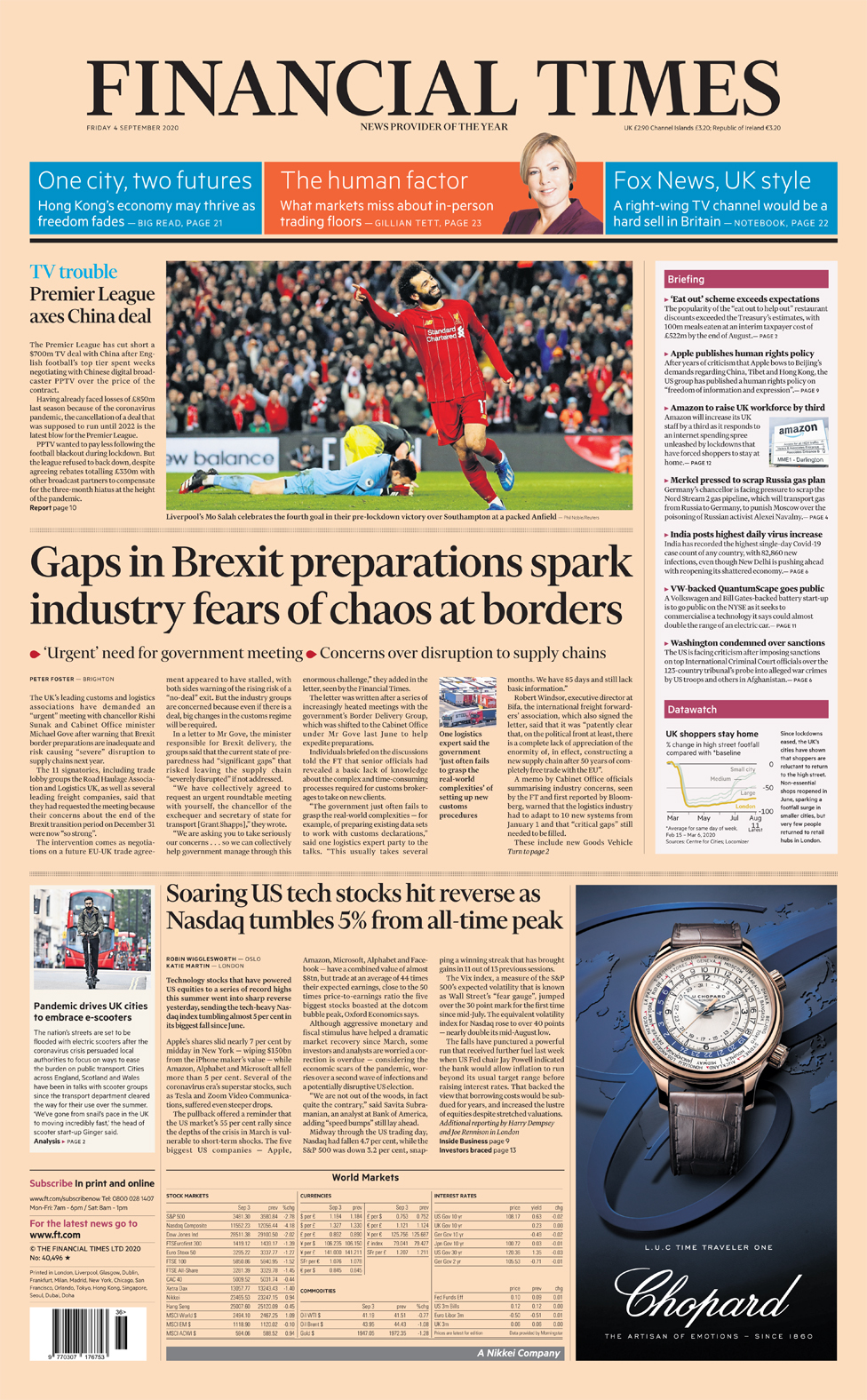 By BBC NewsStaffPublishedduration1 hour agoimage captionThe Daily Mail makes an impassioned plea to the prime minister to help “get Britain flying again” in the face of coronavirus. The paper says it is “infuriating” that the economies of other nations have been able to reopen as a result of virus tests at airports, while the UK…

The Mail says it is “infuriating” that other nations use airport coronavirus tests, while the UK does “nothing”.

Inside, it pictures Heathrow’s empty Terminal 5. The paper’s editorial dismisses the quarantine policy as damaging and misconceived – saying it has hung a “closed” sign on Britain.

The Daily Telegraph says senior MPs are forcing a House of Commons debate on the issue.

The paper reports that the former health secretary Jeremy Hunt and ex-transport secretaries Lord Adonis and Chris Grayling have joined the voices calling for the rules to be changed.

Concerns are raised about the NHS Test and Trace programme, which is described as “flawed and dangerous” by a senior figure in British Medical Association in the i.

Dr Peter English says doctors are “incredibly worried” that if people are required to travel miles to get tests, they won’t bother.

The Daily Mirror says its analysis suggests that just 45% of contacts were being reached by call centre staff at the end of August.

While Huffpost UK asks whether the label, NHS Test and Trace, undermines the health service’s brand. It suggests the tag be dropped given its performance, saying it isn’t formally part of the NHS.

With the formal start of construction work on the HS2 rail line, government sources tell the Times the multi-billion-pound project has passed the “point of no return”.

The Daily Express says the prime minister is hoping it will fire up economic growth, with the creation of 22,000 jobs.

The Express concedes the scheme is “controversial” but argues that with the economy reeling, “this is not the time to put on the brakes”.

The Sun is not convinced. It questions the value of “pumping £106bn we don’t have into a commuter rail line when half the country may end up working from home”. The tabloid suggests improving the UK’s broadband might be a smarter investment.

According to the FT, the French president decided against giving people money to boost consumer spending, like Germany, figuring that people’s incomes had barely shrunk during lockdown.

Instead he focused on structural reform. It suggests the investment programme will help France meet its climate goals while encouraging job creation.

The Times is among several papers to report a claim by the National Crime Agency that Facebook, YouTube and other social media sites have refused to remove web pages linked to suspected migrant traffickers.

The Daily Telegraph says Home Secretary Priti Patel is demanding action. Facebook tells the Guardian that posts, pages or groups co-ordinating people smuggling are not allowed on its site, but it does allow requests for information about how to be smuggled.

And the Times declares that “Women are at their best in the morning” after research carried out by some male academics in Pennsylvania suggests that women’s circadian rhythms may be the most active earlier in the day.

According to the Daily Mirror, the report also claims women cope better with shift work — making them better suited to jobs with anti-social hours, such as doctors and cabin crew members.