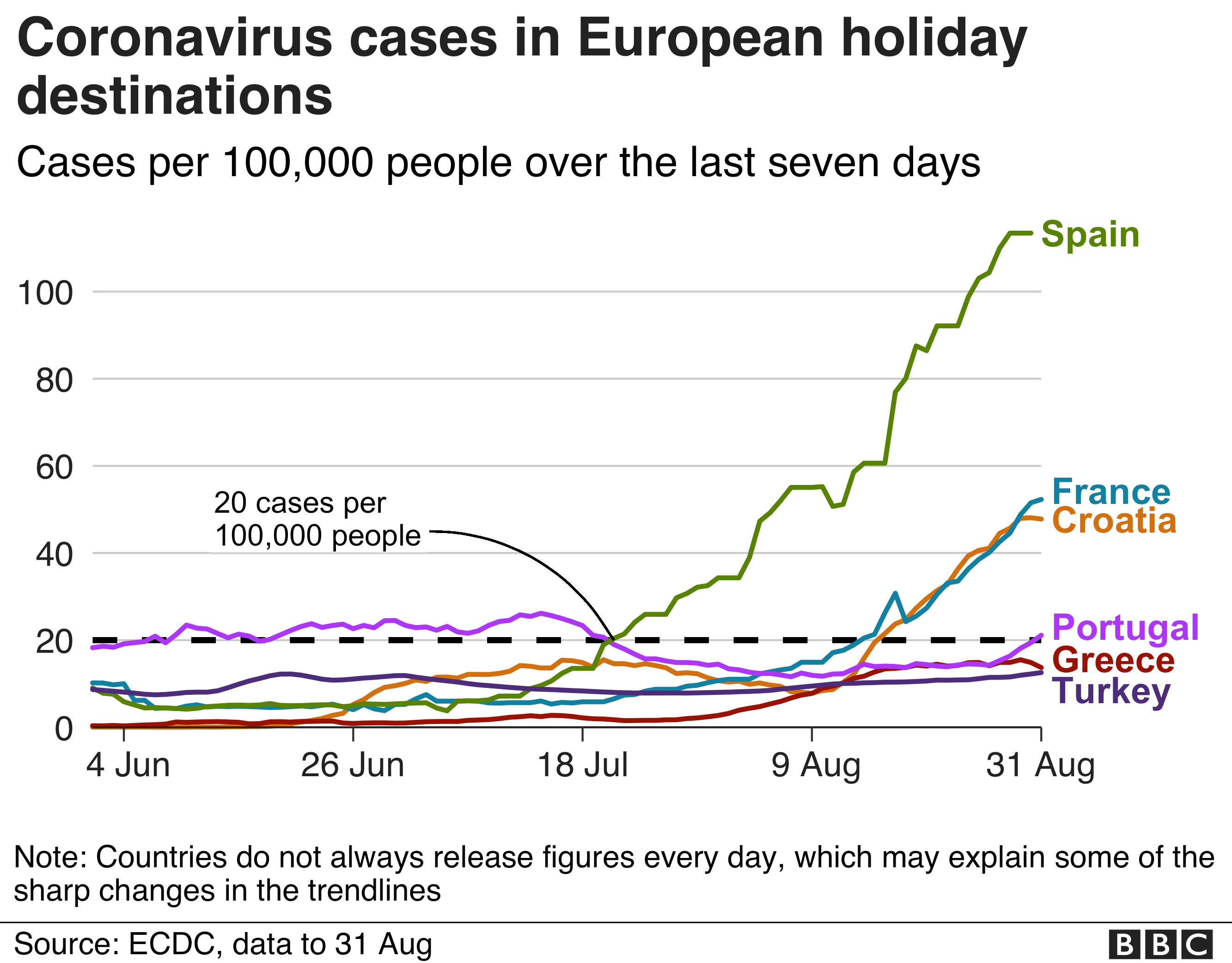 By Chris BockmanCap d’Agde, Southern FrancePublishedduration2 hours agoFor many of Europe’s naturists, and the tens of thousands of swingers among them, Cap d’Agde has become a traditional summer destination, but a coronavirus outbreak here has shone an uncomfortable light on their alternative lifestyle.France has seen a surge in infections, with 7,000 people recently testing positive…

For many of Europe’s naturists, and the tens of thousands of swingers among them, Cap d’Agde has become a traditional summer destination, but a coronavirus outbreak here has shone an uncomfortable light on their alternative lifestyle.

France has seen a surge in infections, with 7,000 people recently testing positive in one day. The southern area of Hérault, and Cap d’Agde in particular, has seen some of the biggest numbers.

Home to the biggest naturist resort in Europe, it has a distinct focus on hedonism.

But now health authorities – who set up a mobile testing operation outside the village – have found 30% of the 800 naturists checked have tested positive.

‘We all know why we’re here’

Of course not all naturists are swingers – who swap sexual partners – and some visitors prefer the quieter vast camping site opposite the main village.

But at Cap d’Agde there is a lot of crossover. “Everyone is in close contact all day long and of course naked,” one swinger couple told the BBC.

“We all know why we are here. There are plenty of other more traditional family-based naturist camps elsewhere along the coast without the sex clubs.”

At the height of an average summer the village attracts around 45,000 people a day, and most are there for a week in a rented property with names such as Babylon, Cupid or Eden. There are also weekenders and day-trippers.

But that was before Covid.

How the outbreak began

In late August two employees at a plush hotel in the village tested positive for Covid-19.

The hotel owner admitted a raunchy party had taken place on the roof terrace and social-distancing rules had disappeared.

“We have been hit doubly hard,” David Masella, the manager of the “village naturiste” explained. “Forty percent of our visitors are foreign, most come from the Netherlands and Germany, followed by Italians and the British.”

“With the virus, a lot of those regular foreign holidaymakers simply stayed away this year. And then of course we were hit by the virus but maybe that was inevitable.

“You need to know that, with 10,000 campsite pitches and 15,000 beds in the village itself, the population density here is seven times greater than in the nearby city of Montpellier.”

French health authorities say the rate of positive tests from the mobile testing centre they set up at Cap d’Agde is four times higher than in the surrounding area.

Medical staff stressed none of the cases have required urgent hospital treatment.

Of course, as in the rest of Agde, face coverings within the village are mandatory – but masks and social distancing don’t really fit in with swinging.

I met two couples over drinks and the four of them live in the village all year around.

Jérôme and Nadège, a couple in their mid-40s, met at a swingers’ club in Bordeaux a few years ago and moved in together.

“The village had been turned overnight from a magic location to a tragic one,” said Nadège. “Sure we all have been taking risks but the lockdown was so tough and long it was important for our wellbeing to let go.”

Allen and his wife sat opposite me, both naked except for the transparent visors covering their faces.

They are both in their sixties and believe it is unfair to single out the village.

“At our age, of course, we are more cautious about where we go and how many people we are in close contact with,” said Allen. “It’s the younger crowd who have taken more risks but it’s not just here. There are outbreaks everywhere across the country wherever young people have been gathering.”

The moment the outbreak emerged, the local prefect – the state’s most senior representative here – temporarily shut down many of the village clubs and bars where so much physical interaction took place.

One of them was the Waiki Beach resort.

“I have just had to lay off 22 employees. The season is over,” said director Karim Issartel. “For sure our club is known for its packed pool parties, and the authorities said that can’t continue.”

Another famous local landmark for the swinger community is Le Glamour nightclub. Associated with naked foam or mousse parties with up to 1,000 writhing bodies, it was ordered to close back in March.

Suggestive posters across the town of Agde urge clients to stay patient, with the promise that Le Glamour will re-open.

‘Nobody is in the mood for fun’

Philippe Barreau has run sexy clothes stores in the village for 30 years and, as head of the 120-strong business association here, he is very gloomy.

“We are hugely important for the local economy: 300 of our 800 staff who work here have been laid off. I’ve lost 80% of my business and I’m not the only one.

But the swingers I met admitted coronavirus hadn’t completely brought non-monogamous sexual activity to a halt.

Several told me they had even become more exhibitionist.

On the beach, many of the women wore waist chain jewellery, while men paraded around with their body hair shaved off.

Many of those in their late fifties and early sixties clearly took pride in their appearance, and there were younger couples too.

In the evening most put on clothes to go to the open-air bars and restaurants along the beach or the village’s private marina.

But their revealing outfits all proclaimed “look at me”, and couples chatted to their neighbours at the next table, sometimes returning to each other’s studio apartments or wandering off into the nearby sand dunes.

For now authorities are urging holidaymakers planning to visit the village to stay away.

Those leaving at the end of their holiday are being urged to get tested rapidly so they don’t spread the virus on their return home.

Chris Bockman is the author of Are you the foie gras correspondent? Another slow news day in south-west France.