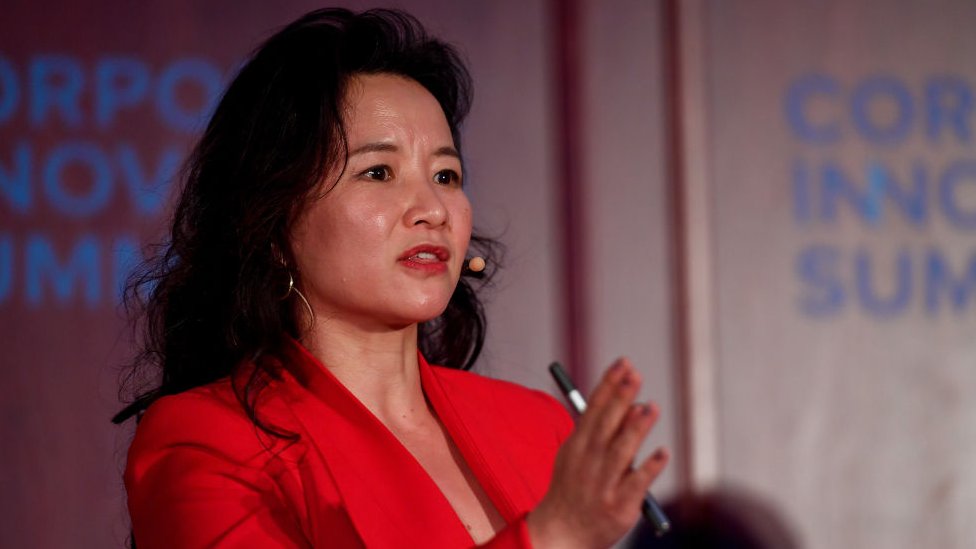 To millions of viewers, Cheng Lei was the face of China’s state-run English news service, tasked with delivering the tightly-scripted “China story” around the world.

The respected business journalist – an Australian citizen based in Beijing – was a polished presenter on CGTN (China Global Television Network), and had been growing her brand with a light-hearted cooking show on the state media channel.

But last month Ms Cheng suddenly disappeared from screens and ceased all contact with friends and family. Her profile and interviews were wiped from CGTN’s website.

On Monday, the Australian government revealed that the 45-year-old journalist had been detained by Chinese authorities, held under “residential surveillance” in an unknown location.

No charges have been filed, and the reason for Ms Cheng’s detention is unknown, said Australian officials. Australian diplomats were allowed a meeting with Ms Cheng last week via video link. Asked on Monday about the detention, Hua Chunying, a spokeswoman for China’s foreign ministry, told reporters she was unable to give any specifics, adding that China would handle things according to the law.

But China’s detention of yet another Western citizen has caused alarm. Her nationality has fuelled speculation that the case might be linked to escalating diplomatic tensions between Australia and China.

To observers, Ms Cheng had been a model state TV presenter adept at staying within boundaries. In presenting a business programme, she was generally shielded from politics, but had also been trusted to helm coverage of major political events.

With no known transgressions against the Chinese state, her detention has left friends and family shocked and confused, and facing the limbo of China’s legal system, in which people can be detained for months with no charge.

Born in China, Ms Cheng migrated with her family to Melbourne, Australia when she was 10 for her father to pursue a PhD programme. Initially, she was teased for her lack of English at school, “where there were only three Asian kids”, she told an Australia China Business Council podcast last year.

But Ms Cheng adopted the “Australian language and humour” quickly, she said, and she still favours her adopted home, where her parents and two children live.

“I would still choose Australia for the lifestyle and the freedom,” she said of her parents’ decision in the 1980s. “I think you become a friendly, laidback and fun person.”

Hating her first “boring” finance career in Melbourne – where she worked at Cadbury-Schweppes and ExxonMobil – she moved to China in 2000 seeking to make the most of her bilingual and bicultural skills. Her journalism career started at CCTV’s English-language channel in 2003. She then became the CNBC’s China correspondent for nine years, before rejoining CCTV – the English channel now branded CGTN – in 2013.

Geoff Raby, a longtime friend of Ms Cheng’s and former Australian ambassador to China, described her as “a very experienced journalist” who had “done the job for a long time in China”.

He told the BBC her reporting was “thoroughly objective”, and she worked within the constraints of the state broadcaster to be as fair as possible.

Ms Cheng often heralded China’s economic success story and contribution to global prosperity – labelling herself on her Twitter account a “passionate orator of the China story”. But she also didn’t steer away from candid assessments of the authoritarian regime – speaking frankly in an Australian TV panel show in 2014 on censorship in Chinese media and schools.

“But also she would often push back against foreign commentators and journalists for what she regarded as commenting without understanding the situation in China or just being plain wrong,” Mr Raby said.

Describing her as professional, smart and careful – he said she understood “the context of which she’s operating very well and was very careful”.

“So it’s hard to imagine what she might have done to have brought this upon herself,” he said.

Such a detention was a “rare event”, he added. “It’s not an accidental or random incident in China when they decide to take action like this.”

Relations between China and Australia have soured as China has grown more globally assertive in recent years.

Tensions have further escalated this year. In April, Australia led calls for an investigation into the origins of the coronavirus pandemic – a move which Beijing said targeted China unfairly.

In turn, Beijing has been accused of retaliating with several trade blows – sanctioning Australian beef, wine and barley exports. Analysts say Australia has also been locked out of top-level bilateral meetings in the past year.

Australian officials have been reluctant to link economic blowback to political tensions, and Australia’s foreign affairs minister rejected a journalist’s assertion on Tuesday that Ms Cheng was being “used as a pawn by China to get back at Australia”.

“I would not describe it in that way,” said Marise Payne. “It is speculative at best to engage on that sort of premise. Our job is to ensure we are providing her with support.”

Australian diplomats are already grappling with China’s detention of another citizen – writer Yang Hengjun, who was held in January 2019 and charged several months later with espionage.

Australian officials have repeatedly criticised the “harsh conditions” of Mr Yang’s detention and expressed concerns about his welfare.

The cases of two Canadian citizens have also aroused global concern. Last year, China indicted former diplomat Michael Kovrig and businessman Michael Spavor on spying charges. China denied that their detention was tied to Canada’s arrest of a senior manager at the Chinese electronics firm Huawei, but many analysts characterised it as a tit-for-tat action.

There are too many unknowns at this stage in Cheng Lei’s case to determine why the journalist has been detained, but for observers like Mr Raby, it is impossible to discount the timing.

“It’s naive to think there is not some aspect of the bilateral relationship washing into this,” he said.