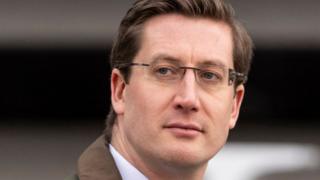 Image copyright Getty Images A former private secretary to the Duke of Cambridge is set to be named the UK’s top civil servant.Simon Case, who was made permanent secretary at 10 Downing Street earlier this year, is expected to be announced as cabinet secretary on Tuesday.The PM will reveal the appointment at a cabinet meeting,…

A former private secretary to the Duke of Cambridge is set to be named the UK’s top civil servant.

Simon Case, who was made permanent secretary at 10 Downing Street earlier this year, is expected to be announced as cabinet secretary on Tuesday.

The PM will reveal the appointment at a cabinet meeting, sources told the BBC.

First reported by the FT, it comes after Sir Mark Sedwill quit the role following reports of tensions between him and members of the PM’s team.

A Cabinet Office spokesman said: “An official announcement on the new cabinet secretary will be made on Tuesday 1 September.”

Mr Case, 41, has been a civil servant since 2006. He spent almost two years working as Prince William’s right-hand man before temporarily moving to Number 10 earlier this year to assist with the coronavirus response.

His expected promotion to cabinet secretary comes two months after Sir Mark announced he was planning to step down from the role.

In a letter to Prime Minister Boris Johnson, Sir Mark said it was the right time to go as the government moved to the next phase of its coronavirus recovery plan.

As cabinet secretary, Sir Mark advised Mr Johnson on implementing policy and the conduct of government.

This year has seen a number of senior civil servants in various departments unexpectedly announce they are leaving their posts.

Jonathan Slater, the chief civil servant at the Department for Education, was sacked earlier this month following the row over A-level and GCSE results in England.

He became the fifth permanent secretary to leave his post in six months.

Sir Philip Rutnam quit as permanent secretary of the Home Office in February, announcing he would take the Home Secretary Priti Patel to an employment tribunal.

And Sir Simon McDonald announced in June he would step down in as permanent secretary of the Foreign and Commonwealth Office in September “at the request” of the prime minister.