Janet McAllister peers into a microscope in her CDC laboratory in Fort Collins, Colorado.

Janet McAllister peers into a microscope in her CDC laboratory in Fort Collins, Colorado.

As a medical entomologist, Janet spends most of her time focused on mosquitoes, ticks, and other multi-legged pests that bite and can make people and animals sick. But when the new viral respiratory disease, COVID-19, started spreading across the Midwest, she left her lab and volunteered to help fight an outbreak in Wisconsin.

She soon found herself bound for Milwaukee, where she expected to put her skills in data analysis and DNA sequencing to work with a CDC team investigating an outbreak of COVID-19 at two food-processing plants. But after arriving, Janet and the CDC team she joined found themselves shifting to adapt to changing needs and conditions.

“My experience with deployments is they’re malleable. They’re always changing,” she says. “You need to be flexible, and not rigid.”

While Janet went in expecting to help Milwaukee’s health department test samples of viral DNA as part of the outbreak investigation, her role shifted from doing the testing herself to lining up testing samples from state and private laboratories. And while the team was first dispatched to help with outbreaks in plants that made hamburger and frozen pizzas, “more and more outbreaks were popping up in businesses,” she says.

The CDC responders ended up helping develop checklists that local health authorities could use to help craft public health messages based on community needs, decide when to inspect a workplace, and advise companies on how to protect workers—or when to close, if necessary.

And she also helped research systems to track healthcare workers who had volunteered to contain the outbreak.

“We left them with a nice collection of online tools they can use for the future,” Janet says. “That was pretty easy and quick, and it always feels good when we left them with quite a few new tools. It wasn’t our main mission, but we were able to do more than what we set out to do, and that always makes you feel good.”

Meanwhile, the deployers faced another problem that had nothing to do with the outbreak. In mid-May, a wave of heavy rainstorms rolled through the upper Midwest. In Milwaukee, the downpour flooded a network of steam tunnels that provided heat and hot water to numerous downtown buildings—including the hotel where McAllister and her team were staying.

Janet is no stranger to being deployed. She has deployed often to hurricane-battered towns that lacked power or water service before. In Milwaukee, her hotel-room kitchenette allowed her to boil water for use in a bathtub — “But it’s amazing how much that simple creature comfort means when you don’t have it,” she says.

McAllister normally works at the CDC office in Fort Collins, Colorado. She traces her interest in entomology to her childhood in New Orleans, where a sister got a butterfly collecting kit “which I kind of took over,” she says. “I didn’t collect butterflies, though—I liked beetles better.”

She started college with plans to study medicine, but soon found herself more interested in marine biology, then discovered medical entomology—the study of disease-carrying insects—during a summer job.

She eventually earned a PhD at the University of Arkansas and returned to Louisiana for post-doctoral work at Louisiana State University. There she found a flyer for a fellowship at CDC, studying how mosquitoes that spread malaria build resistance to the insecticides used to control them. People aren’t the only ones who adapt to new conditions, after all.

She took what she learned back to New Orleans, where she worked on her hometown’s mosquito-control program, then joined CDC full-time in 2004. She was heavily involved in combating the mosquito-borne Zika virus outbreak that struck Latin America and the Caribbean in 2015-2016. That experience also taught responders a lesson about flexibility when scientists discovered that the virus was causing birth defects.

“As any situation evolves, our knowledge about it evolves,” Janet says. “We think we know a lot about diseases, but nature and biology have a way of keeping us humble, and there’s always more to learn.” 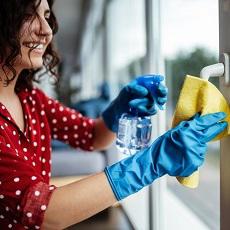