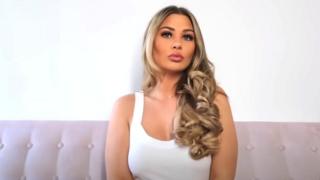 The government paid social media influencers to promote the NHS Test and Trace service, it has confirmed.

Instagram influencers, including Love Island stars, were paid an undisclosed amount to make posts during lockdown.

The social media posts were part of a wider campaign to inform the public about the programme.

“Our use of social media influencers has meant over 7 million people have been reached,” said a spokesman for the government.

“As a responsible government, we will use every means possible to keep the public informed during the pandemic and raise awareness of NHS Test and Trace.

“This is just one part of a wider campaign utilising TV, radio, social, print and other advertisements to ensure the public has the information it needs.”

The government said that all costs involved in the campaign would be published in due course as part of the regular transparency reports on gov.uk.

Ms Phillips, who has 1.5 million followers on Instagram, posted on 17 August, saying that she wanted to remind her audience “about the importance of coronavirus testing”. She stressed that being tested was “totally free, quick and is vital to stop the spread of coronavirus”.

She went on to say that she had visited a drive-through testing centre herself and that she had received her test results within 24 hours.

The Instagram posts by Mr Hughes, who has 2.1 million followers, and Mr Denzel, who has 1.2 million followers, both follow a similar format. In each post, the stars reference activities such as going out clubbing or enjoying time at a resort, emphasising that the public needs to “do its part” in getting things back to normal.

According to social insights firm Captiv8, influencers with over a million followers on Instagram can earn up to $20,000 (£14,980) per post they make on behalf of advertisers.

Latest figures published by the government for the week ending 19 August show that the NHS Test and Trace programme is now able to trace 75.5% of close contacts in England – below the government’s target of isolating 80% of contacts in coronavirus cases within 72 hours.

Figures for England show 80% of people who test positive are reached by test and trace teams. Of that number, about 80% provide contacts. And of those contacts, roughly two-thirds will be reached.

And only about 30% of infections are picked up through a test, Office for National Statistics estimates suggest.