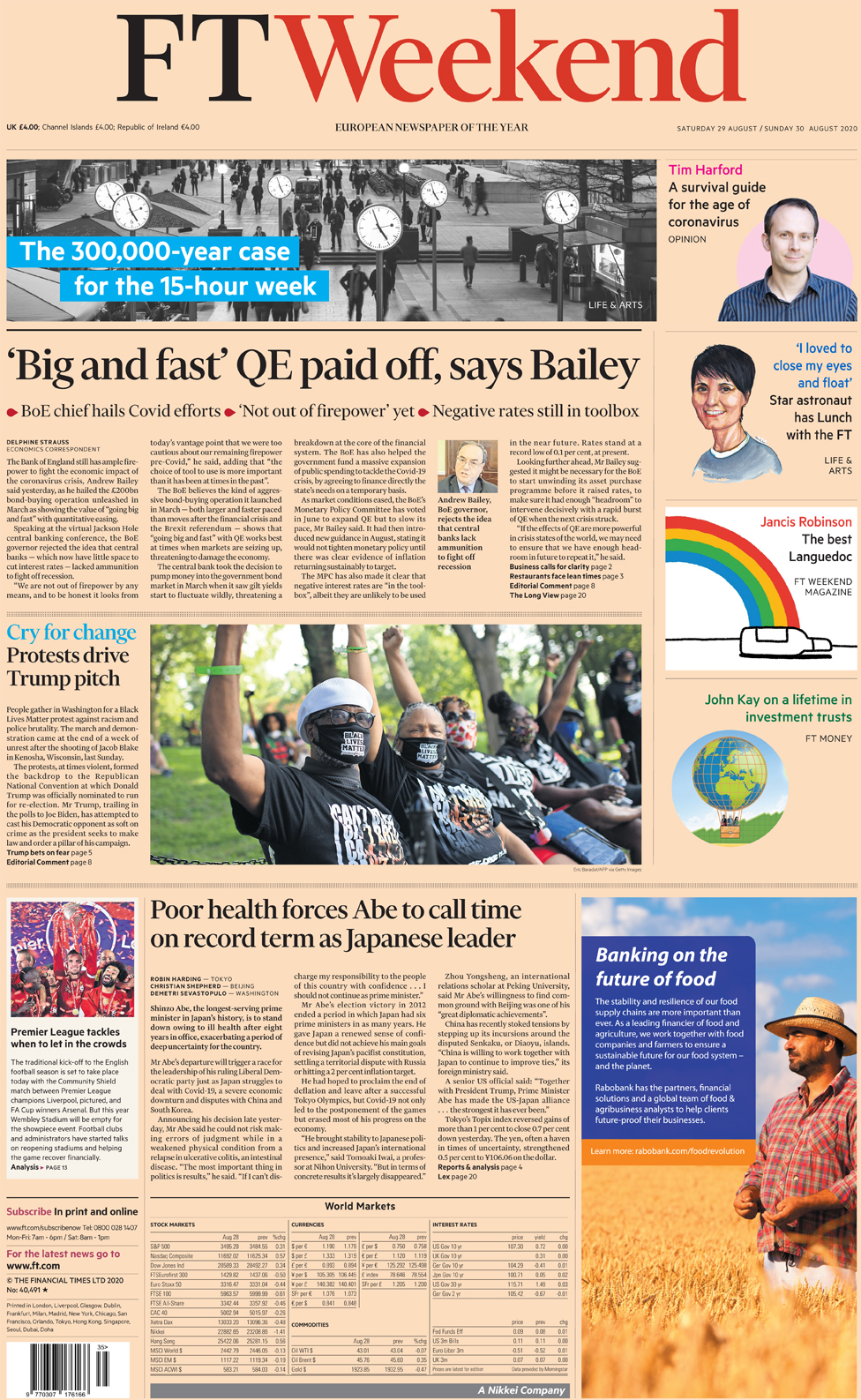 By BBC NewsStaffPublishedduration5 hours agoimage captionHealth Secretary Matt Hancock has given an interview to The Times warning that England could face nationwide restrictions and extensive local lockdowns in the case of a second wave of coronavirus this winter. He said the second wave was “avoidable but it’s not easy” as people spend more time indoors.…

Despite the government’s appeal for people to go back to the office, The Times says three quarters of the country’s biggest employers

are looking at a permanent switch to flexible working.

Thirty-two out of 43 companies questioned by the paper – including major banks and professional services firms – say they’re considering whether to allow staff to work from home more regularly or all the time.

Some are yet to set a date for re-opening their headquarters.

The Daily Mail accuses the business secretary of hypocrisy on the issue – after counting the number of civil servants arriving at his department.

On Thursday morning, it says just 95 people walked through the door – out of a workforce of 1,800.

“How can Alok Sharma expect to convince white collar Britain to return to the office”, the Mail asks in its editorial, “when he can’t even persuade his own staff to come in?”

The Daily Mirror agrees that ministers should not campaign for people to go back to work if it’s not safe to do so, while the Independent website describes such pressure as “illogical, ill-judged and ill-timed”.

The outgoing BBC director-general, Lord Hall, tells The Daily Telegraph that more staff should be moved out of London to better reflect the views of licence fee payers.

He suggests that 70% of personnel and resources should be based in the regions – rather than the current 50% – to change the dynamic of the organisation’s output and give “everybody, whoever they are, something”.

Lord Hall also uses the interview to repeat that the decision not to sing “Rule, Britannia!” and “Land of Hope and Glory” at this year’s Proms was a creative rather than political one.

The Guardian leads on new allegations about the wages paid to factory workers in Leicester making clothes for the online fashion retailer, Boohoo.

The paper says reports produced by external auditors have highlighted issues in at least 18 factories – including discrepancies in working-hour records – making it impossible to check whether workers were receiving the minimum wage.

In some cases, it’s claimed they may have earned as little as £3 an hour.

Boohoo tells The Guardian that it’s suspended trading with a number of manufacturers until its own concerns have been resolved.

Research by Greenpeace suggests that 114bn pieces of single-use plastic – including milk packaging and wrappers for fruit and vegetables – is bought to be thrown away.

The study concludes that 45bn of them could be eliminated from shopping baskets within five years by selling items loose and asking customers to use refillable containers.

And the smiling face of Sue Davies appears in The Sun – after she bought a lottery ticket to celebrate ending five months of shielding, and went on to win £500,000.

The 64-year-old asthma sufferer from Swansea made the purchase during only her second trip to the supermarket since March.

She and her husband, who currently live in a council bungalow, hope to buy their own house with the money.