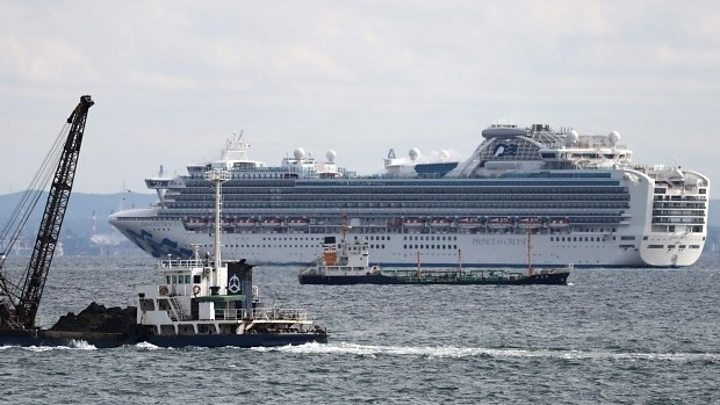 Image copyright Getty Images Image caption The cruise ship industry suspended its operations in mid-March due to the pandemic When Caio Saldanha and his fiancée Jessica Furlan arrived in the US in early March, they were looking forward to a new life working on board a lavish cruise ship. Working on Celebrity Cruise’s Celebrity Infinity…

When Caio Saldanha and his fiancée Jessica Furlan arrived in the US in early March, they were looking forward to a new life working on board a lavish cruise ship.

Working on Celebrity Cruise’s Celebrity Infinity was supposed to be a fresh start, the next chapter in their lives together.

On 13 March, the date of the cruise’s departure, the ship became their home. Little did they know then, it would prove to be their prison.

A day after the couple, from São Paulo, Brazil, boarded, the US Centers for Disease Control and Prevention (CDC) issued a no-sail order for all cruise ships. On the same day, Royal Caribbean cancelled all its operations around the world, including for its sister cruise line Celebrity Cruises. In just 24 hours, the coronavirus pandemic had upended their lives.

“This was the first day,” Mr Saldanha, a 31-year-old DJ, told the BBC. “It was a shocking surprise. This was not the plan. It was a nightmare.”

More than two months later, Mr Saldanha and his 29-year-old fiancée remain stranded at sea, albeit on a different cruise ship. They desperately want to go home but to their frustration, they, like tens of thousands of other cruise-crew members, have been unable to do so.

While cruise passengers were gradually repatriated through March and April, many crew members stayed behind. Cruise operations were initially paused for 30 days – ample time, it seemed, for the pandemic to blow over. The pandemic did no such thing, leaving crew members in limbo as 30 days turned into 40, 50, 60 and more.

The CDC extended its no-sail order and countries, concerned about the spread of the coronavirus, shut down their ports to cruise ships.

With no end to the pandemic in sight, there are now an estimated 54,200 crew members on board 85 cruise ships in US waters, the US Coast Guard told the BBC. Many more are stranded at sea elsewhere. In an article on 17 May, the Miami Herald newspaper put the number at more than 100,000 around the world.

Royal Caribbean, a US-based company, says it has arranged for British crew members to be flown home from Miami. A chartered plane carrying Royal Caribbean staff landed at Heathrow Airport on Tuesday afternoon.

But given the numbers, bringing everyone home has proved logistically challenging for cruise firms. US operators must abide by strict CDC health requirements for repatriating crew on special charter flights.

Their ability to uphold that responsibility has been called into question by crew in recent weeks. The recent deaths of several crew members has deepened the sense of unease.

Last month, a crew member went overboard from Royal Caribbean’s Jewel of the Seas ship. The company told the BBC it was “assisting authorities with their investigation”, but did not confirm the person had died.

More recently another firm, Princess Cruises, said a Ukrainian crew member had died after apparently jumping from the Regal Princess near the Netherlands.

One Canadian crew member says the deaths have heightened anxiety on board Royal Caribbean’s Majesty of the Seas, where protests erupted last week. The 36-year-old, who does not wish to be named, says “the atmosphere was very tense”.

“I personally didn’t go out much. I didn’t want to be involved with it because people were quite angry,” the Canadian crew member told the BBC.

Hundreds of protesters gathered on the deck, where they hung banners bearing aggrieved messages. One, draped over the entrance to the swimming pool, read: “How many more suicides do we need?”

No suicides have been confirmed by Royal Caribbean or any other cruise-ship operators. Royal Caribbean says a confidential mental health helpline is available for crew to call 24 hours a day.

The spark for the protests, according to the Canadian crew member, was the postponement of a plan to repatriate staff. He says for some employees, repatriation arrangements had been delayed or changed several times, causing confusion and anger. On one ship, Romanian crew members held a hunger strike in protest.

Jim Walker, a Miami-based maritime lawyer who is assisting crew, says the cruise operator has “calmed everyone down”, but adds that many were “still in the dark”.

“Legally, the repatriation of people is one of the most fundamental, long-standing maritime rights there are. You can’t keep people hostages on a ship. You can’t abandon them at sea,” Mr Walker told the BBC.

On Monday night, Denise Gruby, the mother of a British crew member, said her son had all but given up hope of being flown home. She said her son, 37-year-old entertainer Christopher Gruby, had opted to stay on board the Majesty of the Seas, which is due to depart from Miami to Southampton on Tuesday.

“They’ve just been abandoned. It must be an awful position to be in,” Ms Gruby told the BBC.

Other crew members have been more fortunate. A Romanian employee, who wished to remain anonymous, says Royal Caribbean paid for him to fly home on 22 February. He expected to be reunited with his boyfriend, who also worked for the company, a few months later. But the agonising wait goes on.

“My boyfriend is trapped on board the Majesty of the Seas. I can see that he’s not in the best mood, but I’m trying to cheer him up,” he says.

“So far, we have successfully repatriated over 16,000 crew members, and we are working with governments and health authorities around the world on our plans. We appreciate our crews’ patience and understanding in this ever-changing global situation,” the company says.

But as crew await repatriation, some are not being paid. Those on Royal Caribbean ships are receiving a goodwill payment, amounting to $13 (£10.60) a day, employees say. For Mr Saldanha, though, it is not enough.

“After the 25 April, we stopped getting paid in full,” Mr Saldanha says. “We are consuming food and drink on the ship. So we think, maybe, the company is earning its money back. Perhaps even making a profit.”

On top of the financial burden, the desperation of being cooped up on an empty cruise ship has taken its toll on Mr Saldanha and his fiancée. For 21 days, they were kept in quarantine on the Celebrity Infinity ship, confined to a small cabin.

“We had a window, but we didn’t have access to the fresh air. We stayed there for 21 days, against our will. We tried desperately for help,” Mr Saldanha says.

Last week, the couple were transferred to the Celebrity Reflection, where they feel more comfortable. Yet, they are still unsure when Royal Caribbean will repatriate them.

Mr Saldanha says there are plans to fly Brazilian crew home from Barbados in May – but he’s not keen on the idea because similar attempts have been cancelled in the past. “They’ve already done this five times,” he notes.

Instead, Mr Saldanha wants the Brazilian government to make arrangements to bring them home.

“We are here against our will. My fiancée and I are hostages. We need to be rescued,” he says. 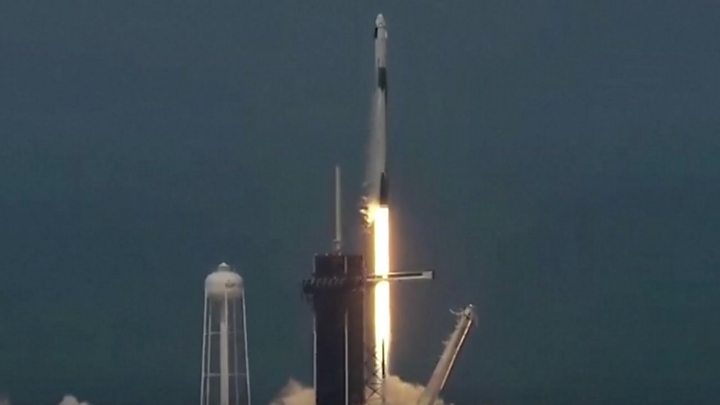 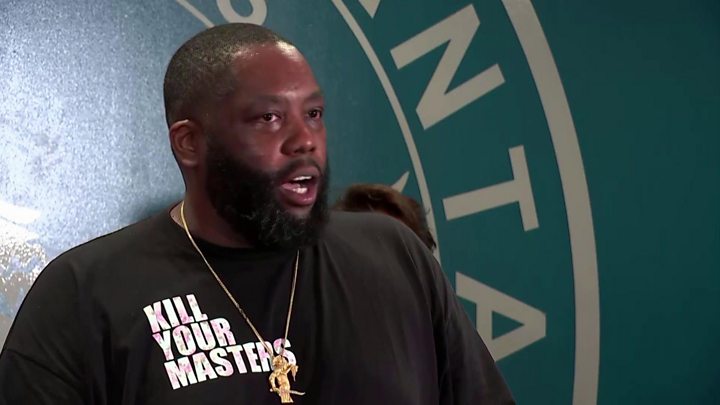