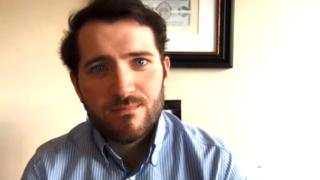 A former Labour MP has spoken about being unemployed for the first time and having to apply for universal credit during the coronavirus lockdown.

Until then, he had been expected to rise through the Labour ranks and was working on Angela Rayner’s bid to become deputy party leader.

Now he finds himself with no income as the jobs market has ground to a halt.

The 31-year-old lifelong Labour activist admitted he found it “quite disorientating” to be stuck at home all day with no work to focus on.

“The expectation was that something would come up and I would find something useful to do,” he told the BBC.

“But when you are stuck at home all the time with the lockdown, it is very tricky to do that.

“There was little alternative but to apply for universal credit.”

Universal credit is a consolidated monthly payment for those of working-age, which replaced a host of previous benefits including income-based Jobseeker’s Allowance, housing benefit, child tax credit and working tax credit.

Nearly two million people have applied for universal credit benefits since the government advised people to stay at home due to coronavirus in March.

The government said that figure was six times the normal claimant rate.

Having only served as an MP for two years, Mr Sweeney received two months’ salary as a redundancy payment.

“That quickly runs out when you’ve got ongoing costs like a mortgage to deal with,” he said.

“But there is no shame in having to resort to social security – it is there for everyone, regardless of how prestigious you think your previous job was.

“If they are in a sticky situation, that is the reality for many people on UC.”

Mr Sweeney applied for the benefit last week and is still waiting for his case to be processed.

He said the turn of events in his life had been “bizarre to say the least”.

“Six months ago I was an MP helping people deal with the Department of Work and Pensions and universal credit, and now I find myself having to apply for it.

“But I think it just shows that if you are from a working-class or a lower-middle-class background like mine, you rely on your salary to live.

“If you don’t have that salary, then in a couple of months you are going to find yourself in difficulties.”

He added: “In the future for me, like many people I have skills to offer and I hope it will pick up in due course and we will have many opportunities ahead of us.”