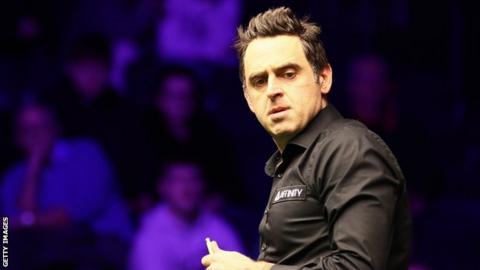 Four-time champion Ronnie O’Sullivan is via to the quarter-finals of the Welsh Beginning in Cardiff.

O’Sullivan took neatly good below an hour to beat Iran’s Soheil Vahedi 4-0 in what was his 100th sport in the Welsh Beginning.

His opponent in the closing eight will most likely be Designate Selby, who beat China’s Zhao Xintong 4-3.

Dominic Dale, the one closing Welshman in the competition, was beaten 4-1 by Shaun Murphy whereas Kyren Wilson beat Ding Junhui 4-2.

Register to My Sport to word snooker news on the BBC app.