Michelle Keegan to leave TV’s Our Girl after four years 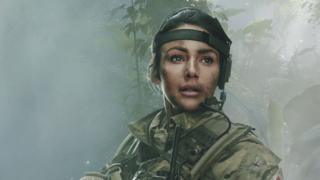 Image caption The forthcoming series of Our Girl will be Keegan’s last Michelle Keegan has announced she is leaving BBC drama Our Girl after four years playing army medic Georgie Lane.”I’ve had the most incredible four years on the show,” the actress said in a statement.”Playing Georgie has been a life changing role for me.…

“I’ve had the most astonishing four years on the showcase,” the actress mentioned in an announcement.

“Taking half in Georgie has been a life changing characteristic for me. I’ve cherished every 2d… so it used to be a extraordinarily intelligent decision to form not to attain.”

The BBC has not confirmed whether or not the showcase will continue, and if that is the case, who will change Keegan.

The actress will smooth be considered within the drawing near near fourth sequence, which is because of birth later this year.

Keegan mentioned: “I maintain it’s the particular time to explore diversified thrilling opportunities but I’m so satisfied to be fragment of the original sequence coming soon so it’s not the cease true yet.”

The first sequence of Our Girl starred extinct EastEnders actress Lacey Turner in 2014.

Keegan, who stumbled on fame as Tina in Coronation Avenue between 2008 and 2014, used to be forged as Georgie the following year after Turner’s departure.

Follow us on Fb, or on Twitter @BBCNewsEnts. If you would also honest bask in got a memoir suggestion electronic mail entertainment.info@bbc.co.uk.